+ Chuck Fowler, NLB Omnipresence, Will Be Reunited With The Sea He Loved
Remembrance
Chuck Fowler, NLB Omnipresence, Will Be Reunited With The Sea He Loved If LBREPORT.com didn't tell you,
who would?No one in LBREPORT.com's ownership, reporting or editorial decision-making has ties to development interests, advocacy groups or other special interests; or is seeking or receiving benefits of City development-related decisions; or holds a City Hall appointive position; or has contributed sums to political campaigns for Long Beach incumbents or challengers. LBREPORT.com isn't part of an out of town corporate cluster and no one its ownership, editorial or publishing decisionmaking has been part of the governing board of any City government body or other entity on whose policies we report. LBREPORT.com is reader and advertiser supported. Support independent news in LB similar to the way people support NPR and PBS stations. We're not so it's not tax deductible but $49.95 (less than an annual dollar a week) helps keep us online. "There is nothing like being out at sea in a black night and all you can see is stars. It can be life altering. It keeps me centered. Being out at sea is something I really like to do.’ Chuck Fowler, June 18, 1948-Oct. 18, 2020. 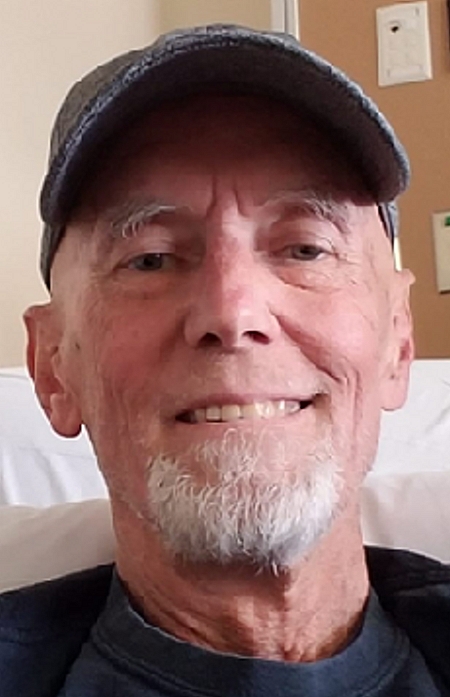 (November 14, 2020, 5:15 p.m.) -- As LBREPORT.com sadly reported on our Facebook page on Oct. 18, Chuck Fowler, husband of 38 years to Laurie Angel and a steadfast presence alongside her on behalf of North Long Beach neighborhoods and taxpayers, passed away peacefully earlier that day. In a remembrance today (Nov. 14), Ms. Angel eloquently writes:

"On October 18, Chuck was set free from the constraints of a 2-year struggle with lung and heart disease resulting from therapy protocols he received 28 years ago for Lymphoma."

Ms. Angel says Chuck’s ashes will be scattered at sea "to continue sailing on fair seas." Due to COVID concerns, no service will held at this time, but in lieu of flowers, she invites donations to the Leukemia and Lymphoma Society "in memory of Coach Chuck Fowler."

Ms. Angel writes in her remembrance:

Born in Torrance, California to Charles T. and- Alberta (Patterson) Fowler, he attended schools in Long Beach and graduated in 1966 from South High School. His family loved being on the water and he spent his teenage years living aboard his family’s sailboat learning seamanship from his dad.

In 1968, following in his father's footsteps, he enlisted in the Navy, serving in the VietNam war on the USS Goldsborough. Because of his extensive boating experience he served as underway helmsman and gig coxswain for the Captain. He loved being on the water so much that on shore leave, after 40 days at sea, he sought out a yacht club in Hong Kong, volunteered to crew and helped win a major yacht race. On one mission, escorting an aircraft carrier in an 80mph typhoon, green water crashed over the bow onto the bridge. He literally saved his 437-foot ship when it came dangerously close to rolling. Instinctively, he corrected the ship and kept it upright.

After his discharge, Chuck applied the same personal dedication and finesse to racing yachts. He sailed on Ed McDowell’s Grand Illusion and raced with world class crews along the Pacific Coast as far south as Puerto Vallarta. For 9 years, when not sailing, he was a semi-pro cyclist, who managed cycling shops, and announced at velodromes.

In 1971, he married Laura Cardenas and they had a son, Aemon Fowler. In 1981, he met and a year later married Laurie Angel. They shared a loving partnership and many adventures for 38 years. They loved spending time together traveling, taking long road trips in the Southwest, Pacific Coast states, and Eastern Seaboard, always favoring blue highways. They kayaked down the Colorado River, bareboat chartered in the Virgin Islands, cruised through the Panama Canal, Alaska, New England, Caribbean, Cuba, and West Indies. He achieved a lifelong dream becoming an official Shellback by crossing the equator. Chuck loved being on the water.

After he realized it was the only way to see his wife more often, Chuck became an active volunteer in the Long Beach community. In 1991, Coach Chuck fought back against cancer, and for 12 years trained hundreds to walk and run in events for Team in Training, raising funds to find a cure for Leukemia and Lymphoma. He studied walk racing techniques, motivated his teams, and brought them across the finish line to overcome significant hurdles to achieve impressive results.

In all things he was skilled and meticulous in his efforts having been coached by his father, who was an aerospace quality assurance manager. He enjoyed designing high-end business furniture, some of which still appears on TV and movie sets. In 2018, Chuck retired after 18 years as a purchasing manager for Greneker, a local custom display manufacturer,

Chuck was a loving father to his son, Aemon (Kristin). He loved and greatly cared for each of his grandchildren, Brody, Brennan and Brinley O’Neill and Arya Fowler. He is also survived by his younger brother, Steven Fowler (Barbara), and loving stepmother Toni Fowler Perpall. He will be greatly missed by his family, friends and all his teammates.

Chuck has said, "There is nothing like being out at sea in a black night and all you can see is stars. It can be life altering. It keeps me centered. Being out at sea is something I really like to do."

In lieu of flowers please donate to the Leukemia and Lymphoma Society in memory of Coach Chuck Fowler. Chuck’s ashes will be scattered at sea to continue sailing on fair seas. Due to COVID concerns, no service will be held at this time.

We wish to express our deep gratitude to Drs. Jiang and Tobias for their thoughtful, compassionate care.

Mr. Fowler served on North Redevelopment Project Area Committee (North PAC) and was active in the North Long Beach Community Action Group when it won the Neighborhoods USA (NUSA, a national organization) 2008 Neighborhood of the Year award. He was also very active in NLB's Jane Addams Neighborhood Association. "He really cared about North Long Beach and loved our old Spanish style home into which he poured much effort and creativity," Ms. Angel recalled for LBREPORT.com.

In addition, Mr. Fowler played a major role in designating part of North Long Beach (roughly Market St. to Del Amo Blvd.) as "Virginia Village." At the turn of the 20th century, the area was initially known as "Virginia City" and later "Greater Long Beach" before its current designation as part of "North Long Beach." Mr. Pressburg says Mr. Fowler considered it important for Redevelopment purposes to acknowledge the area's history and his suggestion of "Virginia Village" came to define that portion of NLB for new development.

Chuck Fowler will be warmly remembered and genuinely missed by residents of North Long Beach and beyond.