Former Vice Mayor/CD9 Councilman Val Lerch Passes Away If LBREPORT.com didn't tell you,
who would?No one in LBREPORT.com's ownership, reporting or editorial decision-making has ties to development interests, advocacy groups or other special interests; or is seeking or receiving benefits of City development-related decisions; or holds a City Hall appointive position; or has contributed sums to political campaigns for Long Beach incumbents or challengers. LBREPORT.com isn't part of an out of town corporate cluster and no one its ownership, editorial or publishing decisionmaking has been part of the governing board of any City government body or other entity on whose policies we report. LBREPORT.com is reader and advertiser supported. Support independent news in LB similar to the way people support NPR and PBS stations. We're not so it's not tax deductible but $49.95 (less than an annual dollar a week) helps keep us online. 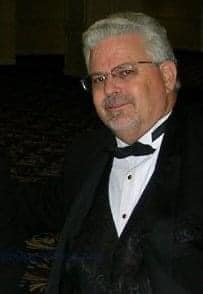 This evening my grandpa, Val Lerch, passed away peacefully at home with his family surrounding him. We’d like to thank you all for your love and support over the last month or so since my grandpa was put on hospice. He had so many visitors, phone calls, and text messages, I think he struggled to keep up with them all. I can say each and every one of you made him fight a little longer.

As a family we decided to hold off on services until the new year, so more information will come as the details emerge. Again we appreciate all of the love and support.

Tonight (or tomorrow since it’s late) have a glass of brandy and a cigar for him.

LBREPORT.com sends our condolences to Mr. Lerch's family and many friends.