If LBREPORT.com didn't tell you,
who would?No one in LBREPORT.com's ownership, reporting or editorial decision-making has ties to development interests, advocacy groups or other special interests; or is seeking or receiving benefits of City development-related decisions; or holds a City Hall appointive position; or has contributed sums to political campaigns for Long Beach incumbents or challengers. LBREPORT.com isn't part of an out of town corporate cluster and no one its ownership, editorial or publishing decisionmaking has been part of the governing board of any City government body or other entity on whose policies we report. LBREPORT.com is reader and advertiser supported. Support independent news in LB similar to the way people support NPR and PBS stations. We're not so it's not tax deductible but $49.95 (less than an annual dollar a week) helps keep us online. (Mar 16, 2021, 5:25 p.m.) -- Meet Mr. Denny Lund, a Long Beach native who spends one weekend a month in Puerto Vallarta visiting his girlfriend and speeding around the waterways in his 32-foot Donzi powerboat and who spends two or three weekends a month at his home in Indian Wells where he plays golf with his pals and spends the rest of his time residing at his condominium at Marina Pacifica in LB where he often can be seen tooling around Alamitos Bay in his 28-foot Chris Craft powerboat with his pals and lady companions. 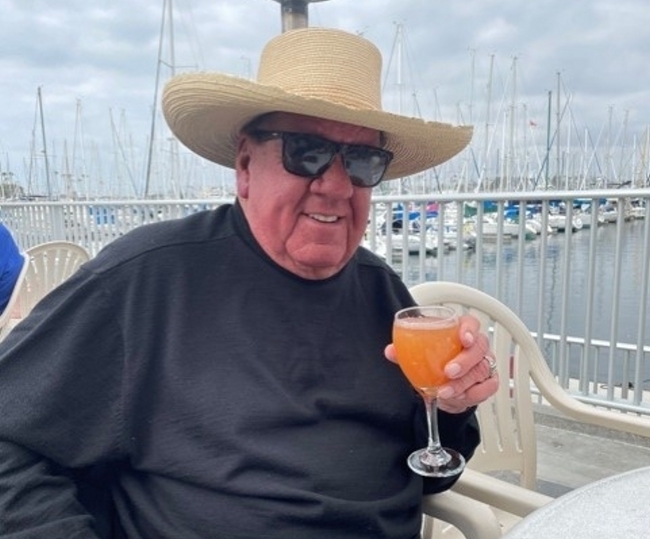 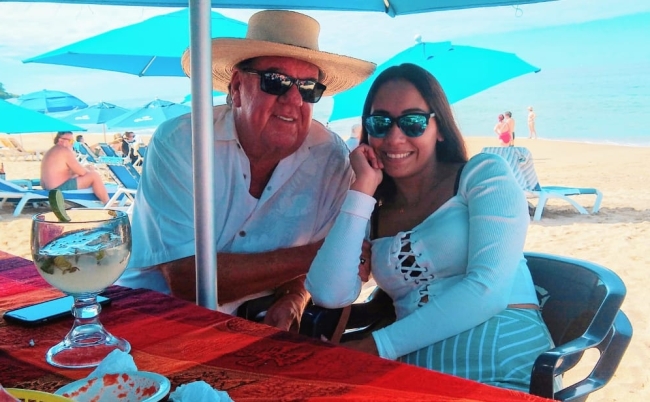 Denny Lund having lunch with girlfriend, Martha Rodriguez, on the beach in Puerto Vallarta

When he isn't engaging in such joyful activities, he can be found seated at a table overseeing proceedings at two of his celebrated LB restaurants -- during the day at the wildly popular Schooner Or Later on Marina Drive in front of the Alamitos Bay Marina and at night at the architecturally idyllic Tantalum in the Marina Pacifica Mall with its dazzling view of Alamitos Bay.

Mr. Lund always seems to be surrounded by friends -- and no doubt lives a frenetic daily existence that belies his chronological arc of 72 years.

Indeed, Denny Lund -- a 1967 Millikan High graduate who later earned a BA from Long Beach State -- can often be found outdoors at Schooner during the day in a straw hat sipping madras and indoors at night at Tantalum surrounded by loyalists sipping Don Julio Tequila Reposado and also on occasion retiring for sleep at sunrise.

Krikorian Notes: From Cal Gov Gavin Newsom Keeping Long Beach Restaurant Diners Outdoors For No Plausible Reason To His Equally Despised Michigan Counterpart, Gretchen Whitmer, Actually Allowing Indoor Dining In Her State To Cock Of The Walk John Morris Speechless (!) To Dickie (Too Fast, Too Furious) Babian Turning Crow's Over To His Son To My New 7-1, 354 Bodyguard Aaron Gray Taking Over From The Undersized 6-0, 225 Mike (The Hammer) DiMarzo