Doug Krikorian / Viewpoint
From Expecting To Spend His Life Working In A Chemical Plant In England, The Boathouse's John Morris Has Come A Long Way From Peddling Women Dresses And Delivering Newspapers, As The Founder Of Legends And The Pioneer Of Pine Ave. Can't Wait For The July 3rd Resumption Of His Big Bang On The Bay Fireworks Show

If LBREPORT.com didn't tell you,
who would?No one in LBREPORT.com's ownership, reporting or editorial decision-making has ties to development interests, advocacy groups or other special interests; or is seeking or receiving benefits of City development-related decisions; or holds a City Hall appointive position; or has contributed sums to political campaigns for Long Beach incumbents or challengers. LBREPORT.com isn't part of an out of town corporate cluster and no one its ownership, editorial or publishing decisionmaking has been part of the governing board of any City government body or other entity on whose policies we report. LBREPORT.com is reader and advertiser supported. Support independent news in LB similar to the way people support NPR and PBS stations. We're not so it's not tax deductible but $49.95 (less than an annual dollar a week) helps keep us online. (May 17, 2021, 8:45 p.m.) -- John Morris is 73 now, and he is seated at a corner table in the back patio of the Boathouse restaurant he operates next to Alamitos Bay holding court with friends in a weekly Friday lunch ritual in which men of a certain age exchange wisecracks and political remedies and the latest findings of their internists. 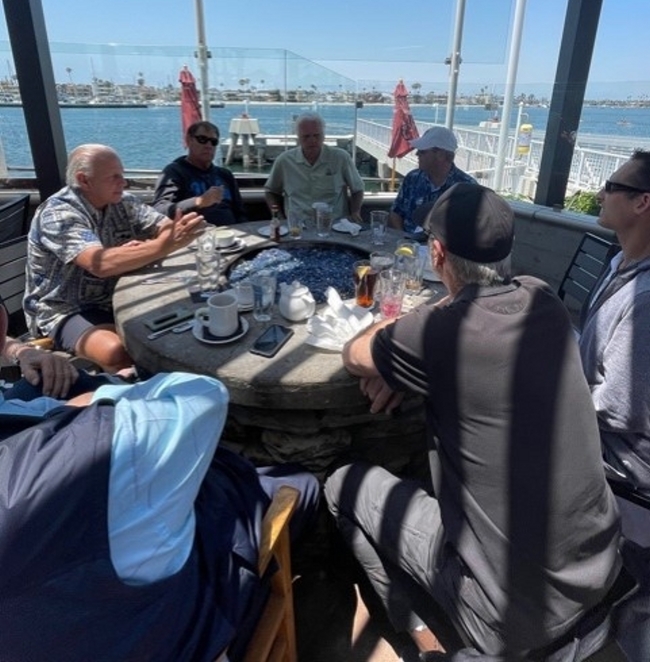 He is 73 now, and you'd think this fellow who has had such a dramatic impact on the culture of Long Beach would be set for a leisurely retirement of golfing and traveling and napping and staying detached from the turbulence of the constant schmoozing and the constant issues that are such an inherent part of his business.

He is 73 now, and you'd think this gentleman who once had well-chronicled public disputes with such Long Beach City Managers as Jim Hankla, Henry Taboada and Jerry Miller and various other civic leaders would have faded into the oblivion of old age and the silence of expediency that goes with it.

He is 73 now, and the shock of hair long has been gray and he seems more nostalgically reflective than in the past when he seldom mentioned his first 15 years of life when he resided in Widnes, England where he labored in the summer for a pittance in the potato fields and where he expected his future would be working in the local ICI Chemical Plant that produced plastics, paints, pharmaceuticals, and specialty chemicals.

``Never figured I'd make it past the ICI Chemical Plant,'' he would say to me in an interview after his noon confab had broken up. ``That was my future, a bleak future for sure. But it's all I knew. But then my life changed overnight when my grandmother, Annie Morris, brought me over to live in Lancaster, Pennsylvania in 1963. Oh, did it change!''

Suddenly, he is smiling, and his eyes are glowing brightly, and he reverts to his hustling, marketing mode which have been his hallowed trademarks across the decades, along with his creative ventures that have left a wide imprint on the Long Beach scene.

``Hey, be sure to mention the `Big Bang on the Bay' will be back on July 3rd,'' he implores. ``We just got the OK from City Hall the other day. We started it in 2011 as a 10-year remembrance to honor those who perished in the 9/11 terrorist attacks in New York and Washington D.C. and in Pennsylvania. 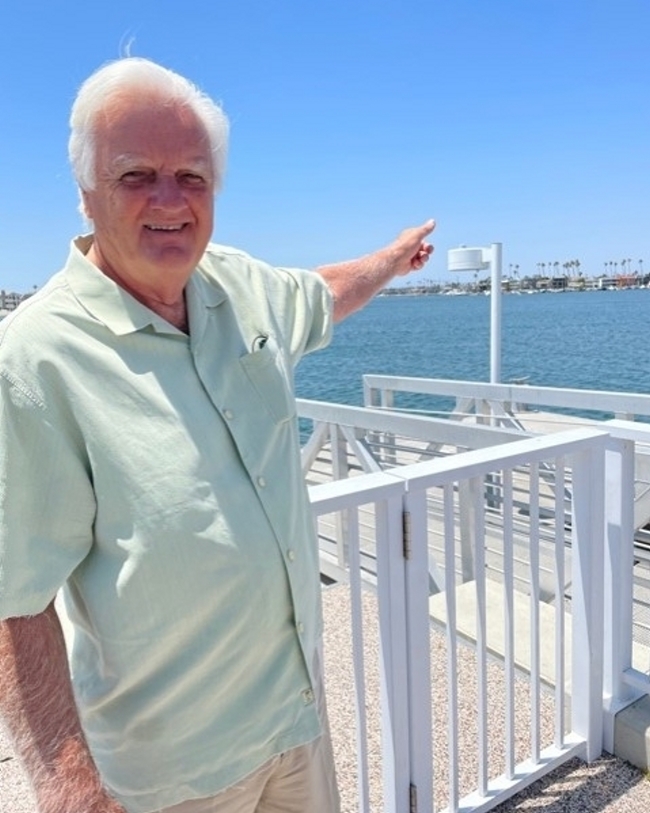 ``The first one we had we closed off the parking lot in front of the Boathouse, and 3,000 motorcyclists rode down on PCH from Cook's Corner in Orange County with American flags flying from their cycles. What a spectacle that was, and a huge success.''

The Big Bang on the Bay became a wildly popular event -- it raised more than $1 million for Children Today and other charities -- for nine straight years before it was canceled in 2020 because of the Covid-19 Pandemic.

Sign Of The Times: To Donning A Mask At A Near Empty Blair Field To Keep A High School Baseball Game From Being Halted To The Zany LBUSD Superintendent Jill Baker Still Keeping Elementary Students From Engaging In Playground Activity