If LBREPORT.com didn't tell you,
who would?No one in LBREPORT.com's ownership, reporting or editorial decision-making has ties to development interests, advocacy groups or other special interests; or is seeking or receiving benefits of City development-related decisions; or holds a City Hall appointive position; or has contributed sums to political campaigns for Long Beach incumbents or challengers. LBREPORT.com isn't part of an out of town corporate cluster and no one its ownership, editorial or publishing decisionmaking has been part of the governing board of any City government body or other entity on whose policies we report. LBREPORT.com is reader and advertiser supported. Support independent news in LB similar to the way people support NPR and PBS stations. We're not so it's not tax deductible but $49.95 (less than an annual dollar a week) helps keep us online. (June 7, 2021, 4:30 p.m.) -- At mid morning last Saturday at Colonnade Park, a large group gathered at the small Naples enclave next to Alamitos Bay.

What in tarnation was going on to draw an estimated 200 people to such a location?

Was a Concert in the Park event scheduled at such an early hour instead of its usual early evening slot?

Was a hallowed annual Naples tradition---the Pancake Breakfast---that was canceled a year ago because of The Pandemic being revived and such fabled local politicians as Mayor Robert (Ol' Blood and Guts) Garcia and the cunning Third District Councilwoman, Suzie Price, set to give inspirational speeches before releasing the hordes to once again consume such a tasty albeit fattening breakfast?

Was an outsized wedding being staged, or was it merely a gathering of the Benevolent and Protective Order of Elks, or the Independent Order of Odd Fellows or the Knights of Pythias, or even some other fraternal entity like, well, the aptly named Rascals, Rogues, and Rapscallions?

Of course, I contacted my go-to person on such vital matters, Mr. Naples Himself, Big Mike O'Toole, president-for-life of the Naples Improvement Association and Naples Gondola Getaway.

``It was a meeting of the Naples Neighborhood Watch run so spectacularly well by Katie Rowe,'' revealed Mr. O'Toole. ``That's a subsidiary of NIA with focus on crime prevention and other such matters.''

The other such matters, of course, are what has become on weekends and holidays on the canals of Naples a most daunting Sig-Alert like spectacle among paddle-boarders, electric Duffy boats and all the other usual vessels that navigate the waterways.

Indeed, when the canals are brimming with an overabundance of traffic, it reminds me of bumper cars rides at amusement parks, only instead of small cars harmlessly crashing into one another you too often now see inexperienced Duffy skippers slamming into expensive docked boats or inexperienced paddle-boarders risking injury to themselves by falling off their boards.

Blessedly, no one has been seriously hurt yet on the Naples canals, but it's inevitable someone will be if the city of Long Beach doesn't soon tightened up its control of the sudden emergence of this Duffy-paddleboard congestion that is another unfortunate development of The Pandemic. 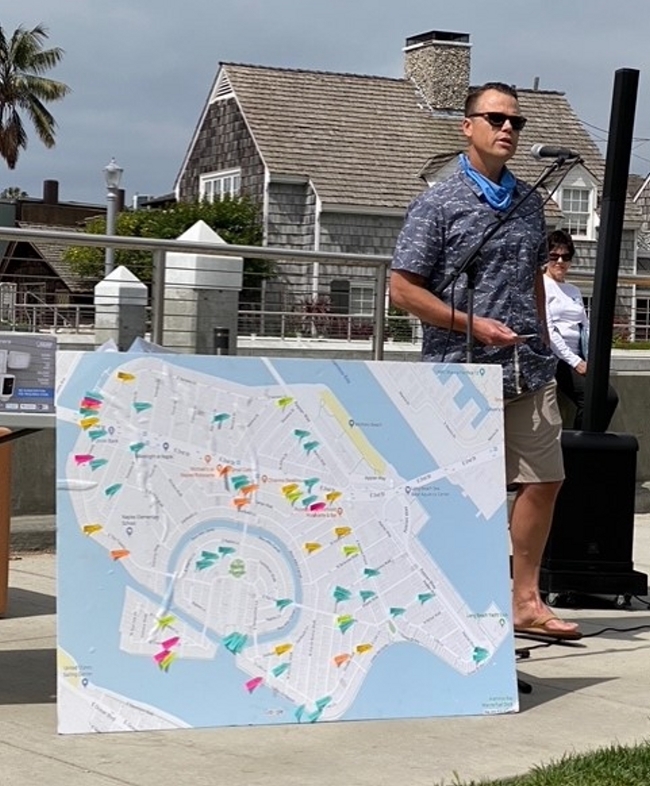 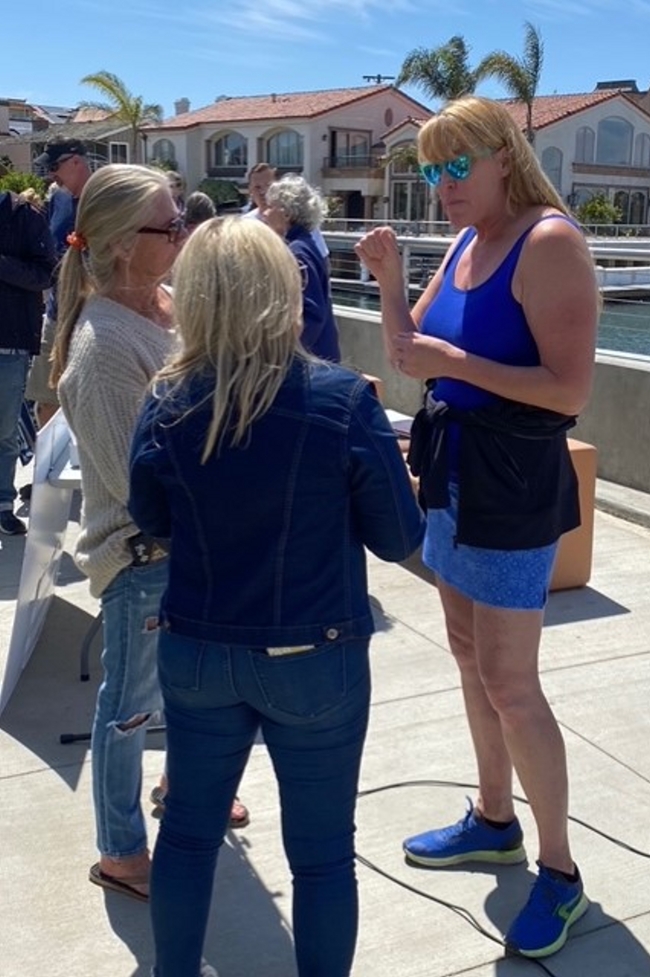 With Encouragement From Long Beach's Very Own Universal Man, Rick Bryson, Wilson High-LB State Grad Torey Edwards Is On The Threshold Of Qualifying For The U.S. Open, Not Impossible For The Only Amateur Golfer In History To Shoot Two Rounds Of 58