Doug Krikorian / Viewpoint
Yes, Honestly, There Are Actually A Couple Of Positives To Emerge From The Covid-19 Pandemic In Long Beach---An Outdoors, Champs-Elysee-Like Dining Experience Throughout The City For Restaurant Patrons Because Of The Popular Parklets And An Upscale Covid-19 Belmont Shore Testing Place Called SAMEDAYHEALTH That Is A Thriving Operation In The Midst Of Second Street's Spate Of Business Exoduses

If LBREPORT.com didn't tell you,
who would?No one in LBREPORT.com's ownership, reporting or editorial decision-making has ties to development interests, advocacy groups or other special interests; or is seeking or receiving benefits of City development-related decisions; or holds a City Hall appointive position; or has contributed sums to political campaigns for Long Beach incumbents or challengers. LBREPORT.com isn't part of an out of town corporate cluster and no one its ownership, editorial or publishing decisionmaking has been part of the governing board of any City government body or other entity on whose policies we report. LBREPORT.com is reader and advertiser supported. Support independent news in LB similar to the way people support NPR and PBS stations. We're not so it's not tax deductible but $49.95 (less than an annual dollar a week) helps keep us online. (Aug 30, 2021, 3:55 p.m.) -- Having moved to Long Beach in July of 1972 because my new sporting assignment at the Los Angeles Herald-Examiner was covering the Rams who that summer trained at LB State, I never in the ensuing years paid thoughtful attention to the local political proceedings.

After all, in my first 17 years of residing in this city, I worked for an LA company---and spent a good portion of my spare moments in those days drinking and dining and partying in countless long gone but memorable establishments outside the LB precincts like Sneeky Pete's, The Gala, The Palmer House, The Luau, Jimmy's, Cook's Steak House, Vickman's, The Buggy Whip, Great Gatsby's, Stellini's, The Daisy, Pip's, Chasen's, Carlos 'N Charlie's, The Staircase, Little Joe's, Cheerios, The Stardust, Lancer Lounge, Marmac's, Martoni's, Johnny Sproatt's Bat Rack, Don Paul's, Red Tracton's, Heckle's, Corky's, etc., etc., etc.

Oh, I guess I was aware that guys named Ernie Kell and Thomas Clark were LB mayors since both had multi terms at that position---a combined 17 years!---but I can't recall meeting either of them or knowing their policies. I don't think I ever wrote a single word on either of them, even though Mr. Kell still was pulling the civic levers when I joined the Press Telegram in November of 1989.

That, of course, would change slightly when Beverly O'Neill would succeed Mr. Kell in 1994 and remain firmly ensconced in the office until 2006 when she was succeeded by the burly weightlifter and former Southern California Edison president, Bob Foster, whose tenure endured until 2014.

I actually befriended both Ms. O'Neill---I endearingly referred to her as Ol' Bev which always made my editor Rich Archbold wince and always made Ms. O'Neill smile---and Mr. Foster, even wrote a few city-side, front-page, innocuous columns on them.

But it wasn't until I decided to disrupt my leisurely retirement in April of 2020 and gave in to the entreaties of the redoubtable publisher of the Long Beach Report, Mr. Bill Pearl, a gentleman of civilized tastes and unshakeable integrity, that I suddenly found myself actually back in occasional journalistic action that included at times commenting on the ghastly miscalculations, misdeeds and, of course, mismanagement of our city leaders.

For being the only media person in LB not taken in by the usual PR puffery disbursed by the City Hall flacks and often taking positions not aligned with those of mayor Robert Garcia and city manager Tom Modica and their toadies in the City Council, Mr. Pearl has been exposed to all the measures routinely effective against such rebellious individuals, and, resisting them, he has been subjected to special treatment with novel and startling design by the hacks at City Hall.

No journalist in Long Beach has been harder beset---unreturned phone calls, unresponsive emails, clandestinely and vindictively handing out occasional scoops to LB Report's rivals, ad nauseam---and none has been less commoded by the onslaught than Mr. Pearl. Weaker men would resort to timorousness, but he avoids that, as he does indignation.

But this column is not on Bill Pearl because, frankly, he doesn't want a biographical essay on himself, and isn't even about the latest imbecility dispensed by the collection of incompetents on the LB Board of Education---extending the scandalously bloated, four-year, $1.380 million contract of LBUSD Superintendent Jill Baker a year to 2025 for, oh please, ask the thousands of enraged parents their feelings on Ms. Baker's first-year disaster in which Ms. Baker's virtual on-line zoom edict was a calamitous educational failure for thousands of LB students, an overwhelming majority of whom blithely skipped it.

I'm almost at the point of putting Ms. Baker on my LB Board of Education Concealment List in which I refuse to divulge its members names in this column to spare the bumbling souls further public ignominy.

Alas, I realize it might be too late to add Ms. Baker to it because I've mentioned her vast shortcomings too many times without concealing her identity, which I probably should have done from the start which I suspect warrants an apology to her from me.

Incredibly, I want to mention---and don't become too apoplectic---the actual positives that have emerged from the Great Covid-19 Pandemic in LB.

While, certainly, no businesses in these parts suffered more the past 17 months than LB's restaurants---lengthy, totally unnecessary lockdowns including during last year's Holiday Season---at least the city leadership led by Mr. Garcia and Third District Councilwoman Suzie Price were active advocates of installing those sidewalk Parklets that have become popular fixtures throughout Long Beach with 21 alone in Belmont Shore and turned open-air dining into a thrilling Champs-Elysees-like experience for so many LB folk. 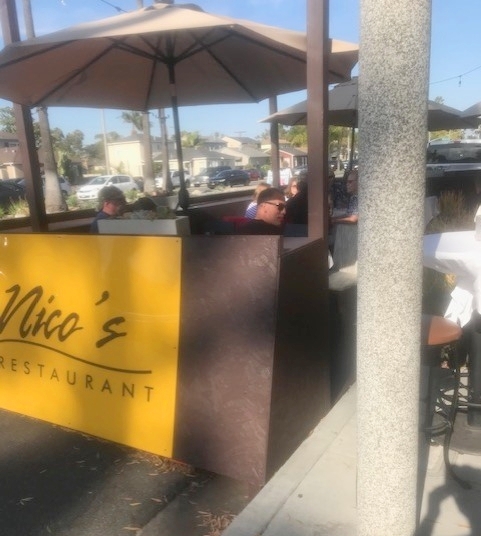 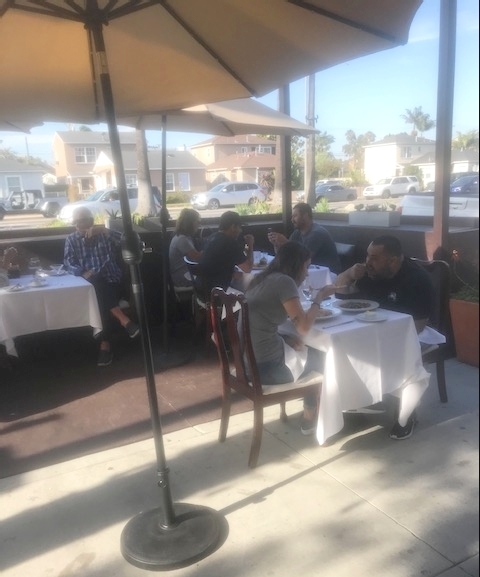 ``I hope they never go away,'' says George Mlouk, esteemed owner of Nico's. ``Customers love sitting in front of the restaurants around the city, especially on warm spring and summer evenings. The Parklets no doubt have saved a lot of Long Beach restaurants from extinction.''

``We were thrown a life line'' said Ryan Hoover, owner of the Irish pub, K.C. Branaghan's, when the Parklets went up in July of 2020 almost overnight because Mr. Garcia and Ms. Price saw to it that the notorious unhurried, red-tape-harassing LB permit process was magically set aside for such a rare phenomenon.

Apparently, Messrs Garcia and Modica are in favor of keeping them---and no one is more excited about it than the restaurateurs who keep their fingers solemnly crossed that they will actually do so.