If LBREPORT.com didn't tell you,
who would?No one in LBREPORT.com's ownership, reporting or editorial decision-making has ties to development interests, advocacy groups or other special interests; or is seeking or receiving benefits of City development-related decisions; or holds a City Hall appointive position; or has contributed sums to political campaigns for Long Beach incumbents or challengers. LBREPORT.com isn't part of an out of town corporate cluster and no one its ownership, editorial or publishing decisionmaking has been part of the governing board of any City government body or other entity on whose policies we report. LBREPORT.com is reader and advertiser supported. Support independent news in LB similar to the way people support NPR and PBS stations. We're not so it's not tax deductible but $49.95 (less than an annual dollar a week) helps keep us online. (April 29, 2019, 9:50 a.m.) -- Noon Monday (April 29) is the deadline for a single LB Councilmember (with or without up to three others) to agendize SB 50 (proposes to override aspects of single family home zoning on re density/parking) for a LB Council vote on whether to support, oppose, or oppose the measure unless amended. The initial agenda for the May 7 Council meeting will become visible online by roughly 5 p.m. Monday.

LBREPORT.com has recently learned that 5th dist. Councilwoman Stacy Mungo briefly mentioned SB 50 during remarks at an April 18 meeting of the Lakewood Village Neighborhood Association. Councilwoman Mungo said SB 50 is "going to try to overturn all of the work we did with LUE [Land Use Element]" and added "I stand opposed to that and I'm bringing it back to City Council..." (drawing applause.)

ELB's 5th district and adjoining eastern portions of the 4th Council district were developed after WWII with single family home tracts that could be impacted by SB 50.

Density is an especially sore point in Long Beach, where 1980's City Hall pro-developer policies enabled "crackerbox" apartment density in single-family home neighborhoods surrounding downtown. The result saddled the City with a number of chronic issues (including parking.) LB's experience with "crackerbox" density was among the reasons for grassroots LB neighborhood opposition to increased density proposed by LB city staff in 2017-2018 Land Use Element changes.

On April 16, the Los Angeles City Council voted 12-0 to oppose SB 50 (unless amended to exclude Los Angeles). A few days earlie, the San Francisco Board of Supervisors (SF's City Council) voted by a super-majority to reverse support for SB 50 voiced by SF's Mayor.

A little over three weeks earlier, LB-area state Senator Tom Umberg (D, SE LB [908015/90803]) voted "yes" on SB 50 in the state Senate Housing Committee, and his "yes" vote helped send SB 50 to the April 24 Governance/Finance Committee which has now advanced it further with amendments summarized in this document (source: office of state Sen. Mike McGuire (D, No. Cal coast). To view SB 50's text prior to the agreed amendments, click here. A revised text for SB 50 won't be online for some time.

In advance of the April 24 Committee meeting, the Senate's Governance and Finance Committee's legislative analysis listed support and opposition as of April 19 as follows:

SB 50 was introduced on Dec. 3, 2018 by state Senator Scott Wiener (D, SF). For nearly five months, any individual LB Councilmember(s) could have been placed an item on any Council agenda to take a publicly voted position. (LB Mayor Robert Garcia doesn't set city policy; a City Council majority does.) On December 14, 2018, Councilwoman Lena Gonzalez announced her candidacy for a vacated LB-S.E. L.A. County state Senate seat) and was swiftly endorsed by LB Mayor Robert Garcia and (among others) state Senator Wiener.

SB 50 would basically preempt certain aspects of locally-enacted single family zoning, It would prevent cities from limiting density within a half mile of fixed rail, or a quarter mile of high frequency bus stops (amended April 24 to specify every ten minutes) or -- regardless of transit -- in areas deemed "jobs-rich" (at or above regional median income and near quality schools.) It would require cities to allow apartments, duplexes/triplexes/fourplexes with 0.5 parking spaces per unit in residentially zoned areas (including the Coastal Zone for infill.) In addition, within half a mile of fixed rail stops, SB 50 would override local height limits lower than either 55 feet or 45 feet. (Areas adjacent to high frequency bus stops and areas designated "job-rich" areas would become subject to density increases and reduced parking requirements but not the specified building height increases; in those non-rail transit adjacent areas, local height limits will apply.) 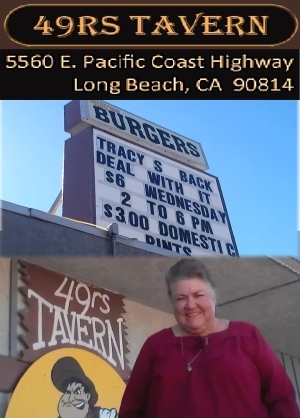