News / In Depth
Details: See Number Of Police Officers Proposed By Mgm't/Mayor For Neighborhood Responses/Citywide Deployment In FY19 Budget...And Yes, A Council Majority Can Vote To Change This In Upcoming Budget Votes LBREPORT.com is reader and advertiser supported. Support independent news in LB similar to the way people support NPR and PBS stations. We're not so it's not tax deductible but $49.95 (less than an annual dollar a week) helps keep us online. (August 26, 2018, 7:40 p.m.) -- LBREPORT.com does the math and shows our work to show you exactly what will happen if your Councilmember votes on or to approve the FY19 City Hall budget proposed by city management and adopts the additions to the police budget recommended by Mayor Robert Garcia.

In FY19 (starting Oct. 1) LB taxpayers will get five additional budgeted officers for routine citywide deployment / neighborhood responses over the number taxpayers had in FY18.

Number of FY19 LBFD officers contracted to provide police services to other entities = 97.25

Details: This number isn't determined by City Council; it's decided annually by the entities that contract with -- and pay the City to receive -- LBPD police services: Port of LB, LB Airport, LBUSD, LBCC, LBTransit, Carmelitos (L.A. County housing project) and Metro [Blue Line.]) The number of annually contracted officers doesn't reflect Council budget prioritizing for LB taxpayers. In a citywide emergency or other exigent circumstance, some officers might be available outside their contracted shifts, and LBPD already uses overtime to provide some contracted services (including to Metro). But on a routine daily basis, officers providing contracted services aren't deployable during their contracted shifts to handle citywide tasks or to respond to neighborhood calls for service.

This is the key figure for LB taxpayers because it reflects the number of officers actually budgeted by the City Council for citywide responses and deployment in neighborhoods citywide. 857 [total budgeted] - 97.25 [providing contracted services] = 759.75 [available for routine citywide deployment/neighborhood responses.] In FY18, the number was 754.75 (848 total officers, minus 93.25 contracted = 754.75 citywide deployable). 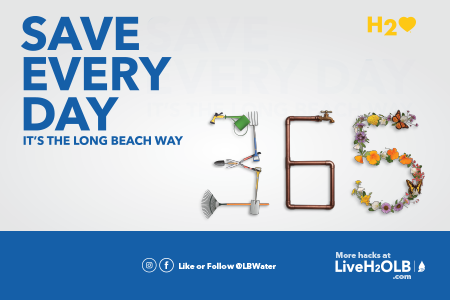 Contracted officer details: Subject to Metro governing board approval, Metro may add two LBPD-contracted "qualify of life" (homeless tasked) officers and possibly a Detective on the Blue Line in LB (with costs paid by Metro.) These 3 added contracted positions are included within the 97.25 FY19 contracted officer figure listed above.

The bottom line: If you hear others citing LB police numbers in the range of 851 or 857 officers, they're including contracted officers that can't respond citywide or where you live (unless you live at the Port, the Airport, on an LBTransit bus, a LB school campus, Carmelitos housing or on a Metro Blue Line train.) Policing at those sites is (obviously) important, but contracted officers result from actions of those contracting entities, not by budget actions of your City Council member.

Again: if the Council approves management's proposed budget plus the Mayor's recommendation, the number of routinely citywide deployable budgeted officers for LB taxpayers in FY19 will be 759.75.

Comparison: In terms of citywide deployable officers per thousand residents (per capita):

No City Council meetings are currently scheduled prior to the Council's regularly scheduled meetings on Sept. 4 and Sept. 11. At that time, Councilmembers can make budget motions and take budget votes. Any Councilmember(s) can make a motion to budget additional citywide deployable officers for taxpayers. This would require the Councilmember(s) or management to identify sources from which to fund any additional citywide deployable officers. LBREPORT.com is reliably informed that for budget purposes, the annual cost of an LBPD officer (fully equipped) is roughly $200,000.

If the Council doesn't enact a budget by Sept. 15, the city manager's proposed budget takes effect. Once a budget is adopted, it's not set in stone; the Council can re-open most General Fund budgeted items "on any Tuesday" and make changes (and has done so.)