If LBREPORT.com didn't tell you,
who would?No one in LBREPORT.com's ownership, reporting or editorial decision-making has ties to development interests, advocacy groups or other special interests; or is seeking or receiving benefits of City development-related decisions; or holds a City Hall appointive position; or has contributed sums to political campaigns for Long Beach incumbents or challengers. LBREPORT.com isn't part of an out of town corporate cluster and no one its ownership, editorial or publishing decisionmaking has been part of the governing board of any City government body or other entity on whose policies we report. LBREPORT.com is reader and advertiser supported. Support independent news in LB similar to the way people support NPR and PBS stations. We're not so it's not tax deductible but $49.95 (less than an annual dollar a week) helps keep us online. (August 29, 2020, 4:30 a.m.) -- It was a gruesome death under extremely disturbing circumstances; An LBPD officer arrested a man for failing to pay a Metro Blue Line fare; the man got into a physical encounter with the LBPD officer; the man's legs protruded from the Wardlow station platform as a train arrived; the man suffered fatal injuries.

The LA County District Attorney's official report -- which can be viewed here -- indicates that narrative omits an important fact. It's not directly relevant to the DA's legal analysis that the officer had probable cause to make an arrest or its conclusion not to hold the officer criminally liable for the man's death. But it is pertinent to issues raised elsewhere about disproportionate passenger stops by LBPD..

In this case, LBPD didn't initiate the customer fare stop. LA County Metro Transit Security Officers did. They were conducting fare inspections. One of the TSO's determined that the passenger, Mr. Rodriguez, hadn't paid the fare.

Two LBPD officers, one of whom was officer Ron, had been assigned to accompany the Metro TSO officers that day. The DA's report says based on what the Metro TSO told him, officer Ron had probable cause to make the arrest. .

The DA's report then details what it says took place: . 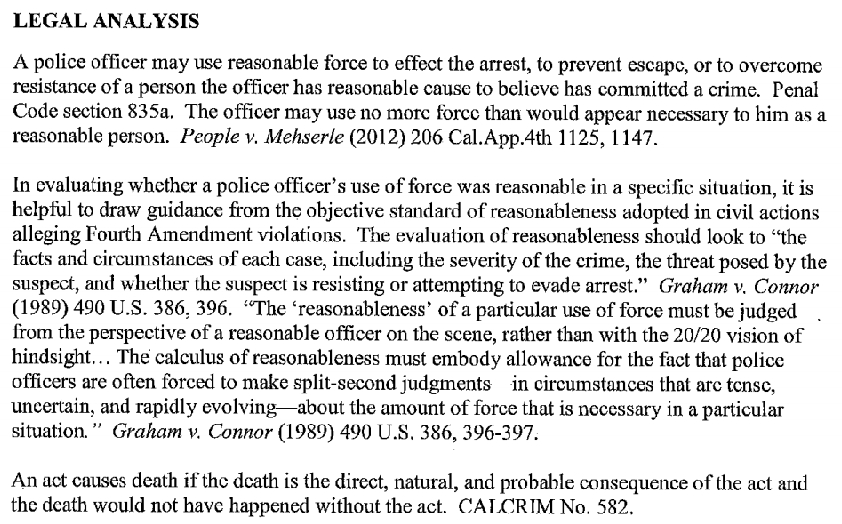 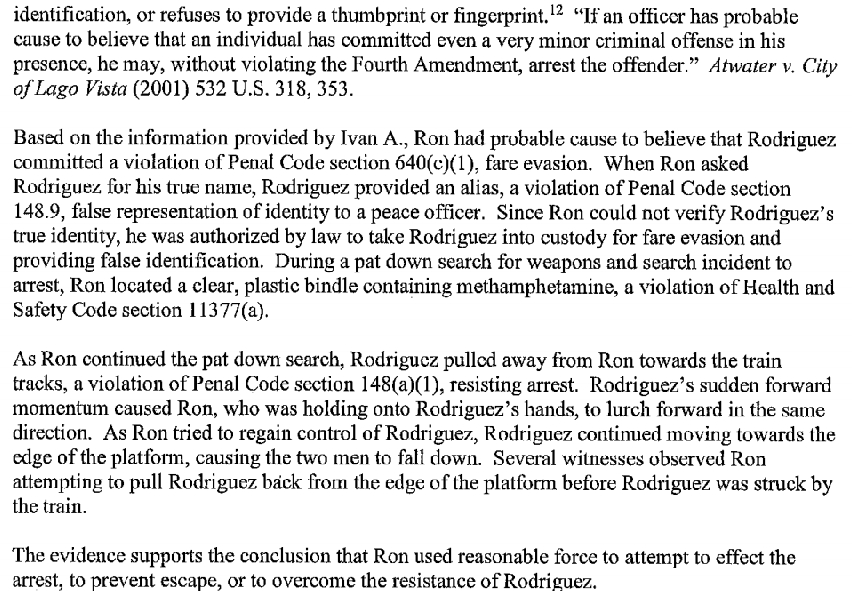 The DA's office conclusion that the officer used reasonable force and won't be held criminally liable doesn't end the story.

The Facebook announcement by BLMLB leader Dawn Modkins states in part: "Cesar was murdered Aug. 29, 2017 after being asked to leave the train for not being able to pay $1.75." It adds "The cop illegaly searched Cesar for an ID, throwing him onto the tracks where he was struyck by a train."