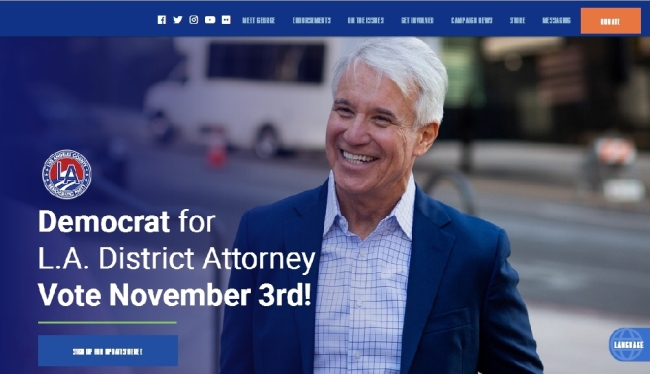 On November 8, 2020 (five days after the election) DA-elect Gascon announced a series of policy papers detailing his plans (reported by LBREPORT.com in detail here.)

On Dec. 7, 2020 on taking office, DA Gascon proceeded to implement those policies, issuing a series of Special Directives to prosecutors, linked below. They drew swift and strongly worded pushback from a number of current and former prosecutors as well as crime victim groups (see media coverage below.)

Despite the criticism, DA Gascon has not backed away from his announced policies or their implementation.

Some examples of local media coverage:

As first reported by veteran journalist/columnist Doug Krikorian on LBREPORT.com, Mr. Gascon will be residing in Naples. It is the most affluent shoreline portion of Long Beach, lined with multi-million-dollar dollar homes.

LBREPORT.,com lists below organizations and individuals who urged L.A. County voters to elect Mr. Gascon (source: GeorgeGascon.org..) Among them was Long Beach Mayor Robert Garcia, who previously made identical campaign contributions on the same day in March 2020 to incumbent DA Lacey and to challenger Gascon. In late October 2020, Garcia Tweeted (after LA Mayor Garcetti switched his endorsement from Lacey to Gascon) that he (Garcia) had voted for Gascon...and Gascon's campaign website listed Garcia as an endorser.

Mr. Gascon's website lists endorsing entities at this link (listed in text below)

Individual endorsers are listed at this link and in text form below: