News
Drive-By Shooting Wounds 17 Yr Old, 5800 block Brayton (9th Dist. Near 8th Dist Border) If LBREPORT.com didn't tell you,
who would?No one in LBREPORT.com's ownership, reporting or editorial decision-making has ties to development interests, advocacy groups or other special interests; or is seeking or receiving benefits of City development-related decisions; or holds a City Hall appointive position; or has contributed sums to political campaigns for Long Beach incumbents or challengers. LBREPORT.com isn't part of an out of town corporate cluster and no one its ownership, editorial or publishing decisionmaking has been part of the governing board of any City government body or other entity on whose policies we report. LBREPORT.com is reader and advertiser supported. Support independent news in LB similar to the way people support NPR and PBS stations. We're not so it's not tax deductible but $49.95 (less than an annual dollar a week) helps keep us online. (Feb. 7, 2020, 11:35 a.m.) -- A 17 year old boy was shot/wounded last night (Feb. 6) in the 5800 block of Brayton Ave. (just north of South St., one block east of Orange Ave., 9th dist. near 8th dist. border.)

An LBPD statement describes a drive-by shooting and an LBPD spoksperson says detectives believe the shooting was gang-related.

LBPD Public Information Officer Jennifer De Prez says officers responded at about 9:55 p.m. to a report of shots heard, found evidence of a shooting (casings) and learned that a 17 year old male had been hit and transported himself to a hospital.

LBPD PIO De Prez says preliminary information indicates the victim was with a group of persons outside a residence when an unknown suspect(s) shot at him from an unknown vehicle. LBPD's investigation is ongoing.

The maps below show fatal, non-fatal and no-person hit shootings cumulated from Jan. 1, 2018 to date. 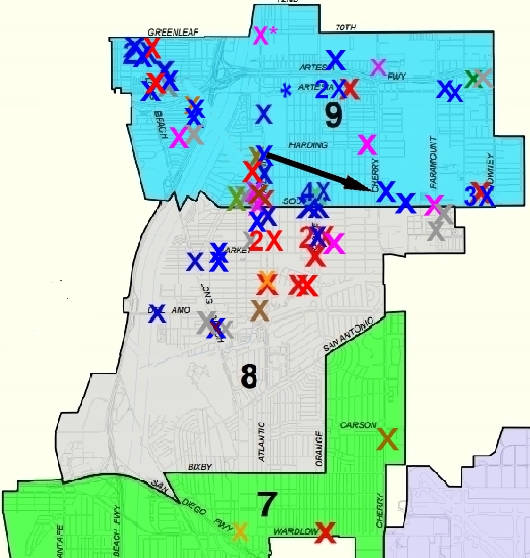 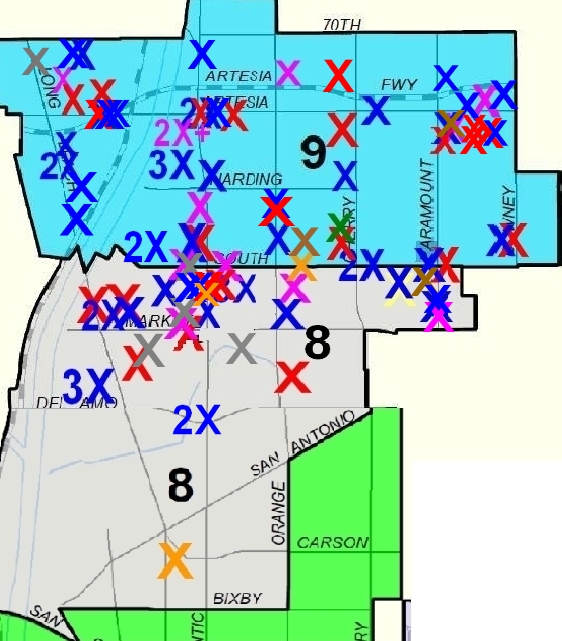 LBPD no longer has a field-anti-gang unit (20 officers + 2 sergeants in gang-impacted areas) specifically deployed in gang impacted areas as a result of budgets recommended by Mayors Foster and Garcia and approved by voted actions their respective previous and current Councilmembers.

For details on how LB lost its field anti-gang unit, click here.