News
Another L.A. County-Run Election Snafu: At Least One Of LB's "Early Voting" Locations Didn't Receive Any Equipment Or Supplies, Voters Turned Away If LBREPORT.com didn't tell you,
who would?No one in LBREPORT.com's ownership, reporting or editorial decision-making has ties to development interests, advocacy groups or other special interests; or is seeking or receiving benefits of City development-related decisions; or holds a City Hall appointive position; or has contributed sums to political campaigns for Long Beach incumbents or challengers. LBREPORT.com isn't part of an out of town corporate cluster and no one its ownership, editorial or publishing decisionmaking has been part of the governing board of any City government body or other entity on whose policies we report. LBREPORT.com is reader and advertiser supported. Support independent news in LB similar to the way people support NPR and PBS stations. We're not so it's not tax deductible but $49.95 (less than an annual dollar a week) helps keep us online.

UPDATE: It was nearly 4 p.m. when three of five voting devices (delivered about 1:30 p.m.) were activated...and two voters arrived and voted. The location is open until 5 p.m. today

(Saturday.)(Feb. 22, 2020, 3:00 p.m.) -- LBREPORT.com has learned that at least one of LB's Early Voting Centers didn't receive the necessary equipment from the Los Angeles County Registrar-Recorder/Country Clerk, resulting in voters being turned away this morning (Feb. 22) and into the afternoon.

LB resident Mary Lou Cook, who said she's worked as a polling place inspector for over 25 years, said at midmorning she was among those ready to serve at the County's Early Voting location at 785 Junipero Ave. but none of the necessary equipment had been delivered, including the new computer terminal style electronic voting devices, accompanying blank ballot forms and other needed items. . 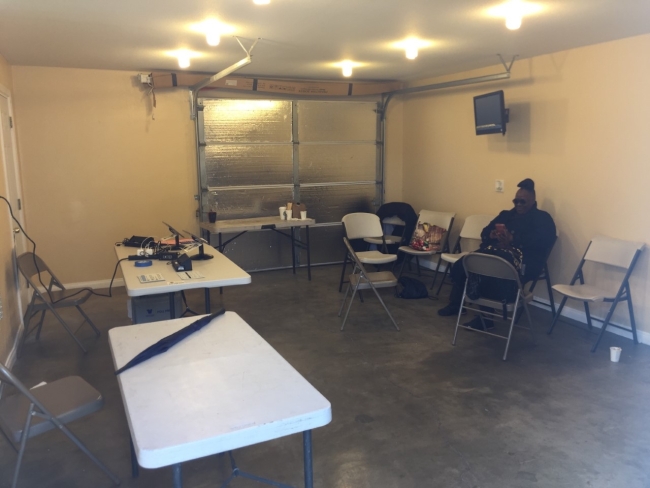 LBREPORT.com contacted L.A. County Registrar-Recorder/County Clerk spokesperson Mike Sanchez, who acknowledged some similar issues elsewhere in the County (but didn't say exactly where or in how many locations) but noted that County teams are being sent to deliver supplies to locations that hadn't received them.

By 1:30 p.m., Ms. Cook said a truck had arrived with some supplies...but without IT techs needed to set up the computer terminal style electronic voting devices. Shortly before 3 p.m., Ms. Cook said the location has "supplies but no computer code to access and start the voting machines. Volunteers have set up the booths but can't offer voting because we can't access the machines."

In bringing this matter to our attention at midmorning, Ms. Cook commented that she's served as a volunteer polling place inspector in Long Beach for roughly 25 years, hasn't experienced anything quite like this in the past and felt embarrassed [and sounded simultaneously saddened and irritated.]

It's the third issue that's arisen since 2015 Sac'to legislation (SB 415) required LB City to change its City Charter scheduled elections from April/June to coincide with statewide elections in March/November...and the City Council made the choice to have L.A. County run those elections instead of LB's City Clerk's office (apparently based in part on cost.)

Problems surfaced swiftly. In LB's November 3, 2019 special election for Council district 1, County election officials knew for some time they would be changing the location of a previously announced polling place but didn't tell voters until shortly before election day.

County election officials also chose to use an electronic voting machine "certified" by Sacramento's Secretary of State's office that prevent the names of more than four candidates seeking an office from appearing on the same computer displayed page. LB Council candidates objected and the City of Beverly Hills filed a lawsuit (in which the City of LB didn't join) but the County defended the system. As a result some candidates in LB's upcoming 2nd and 6th district Council elections won't appear on the same displayed page as other candidates.. .

And in the March 2020 election, L.A. County sent some sample ballots (containing the pro-con arguments for LB Measures A & B, and statements by the Council candidates) days or weeks after vote-by-mail ballots arrived. This arguably gave an advantage to moneyed LB candidates and supporters of the City Hall tax measures, who had the resources to reach voters with mailers while voters had their vote by mail ballots but before the County sample ballots arrived containing other viewpoints for voters to consider.

LBREPORT.com's understanding is that LB's City Clerk's office could still run LB elections (assuming there's no contractual obligation now with the County to the contrary) notwithstanding Sacramento's SB 415 but it would likely require Council approval of some possibly costly changes.

The Council would have to either purchase or rent or somehow acquire for use new election equipment because the City's former election equipment is no longer certified as legally appropriate. That would entail a currently unknown cost. The City would also have to coordinate with the County on polling place locations (because City and County/state/federal elections DO have to occur at the same scheduled times under SB 415.) And the election would also likely require using a second set of ballots, an experience LB voters in the past ("two vote Tuesday") when the City and the County both conducted coinciding elections.

Unless that changes, L.A. County will run LB's November 2020 elections for runoffs (if required) for three Council districts, plus County, state and federal offices, statewide ballot measures and choosing electors for the President of the United States.