(Jan. 23, 2021) -- Long Beach had THREE shootings on Jan. 22, 2021, one of which was the midafternoon homicide at 15th/Elm (CD 1/Zendejas previously reported by LBEPORT.com here and then had two MORE shootings later that day. The two additional shootings are LB's 29th and 30th shooting crime scenes since Jan 1. One in CD 1 (Zendejas) left a man wounded and the other in CD 6 (Saro) sent rounds into an occupied dwelling.

LBPD Public Information Officer Arantxa Chavarria tells LBREPORT.com that on Jan. 22 at about 9:55 p.m., a man was shot/wounded in the area of 12th St/Pacific Ave. (CD 1). Police found the victim about a block away (1100 block of Pine Ave.) and he said he was walking in the area of 12th/Pacific when he was shot. Officers were able to locate shell casings but they say the victim didn't want to cooperate with officers.

A little over a half hour later at about 10:30 p.m., officers were sent to the 2400 block of Pasadena Ave. (CD 6) where someone fired rounds into an occupied residence. The occupant, a woman (adult), didn't sustain an injuries.

Pn the same day (June 22), a man was shot to death at midafternoon in the 1500 block of Elm Ave. (CD 1/Zendejas). CD 1's total shootings (person hit or casings found/vehicle or building struck) are exceeded only by Vice Mayor Rex Richardson's CD9 with 7 to date (including LB's 1st homicide of 2021.)

(We're not counting a shooting/wounding of an individual allegedly the victim of an armed robbery in the area of PCH/Magnolia; the location isn't clear; police said no gunshots were heard and no evidence of a crime scene was found.)

LBPD responded by Tweeting a statemenmt indicating it will use ")overtime funding to deploy additional units and increase visibility in the affected neighborhooids." (LBPD's statement diplomatically avoids mentioning that Mayor Garcia recommended, and the City Council voted (9-0) in Sept. 2020 to defund 48 officers on top of LBPD's already thinned police level (208 officers erased between 2009-2014 by a previous Council; subsequent Councils restored 22 officers that are now erased by the Sept. 2020 Council defunding.) The leadership of LB's police officers union PAC didn't publicly oppose the defundings and endorsed the elections of Council incumbents in CD 1 and CD 6, that voted for it while representing LB's highest crime impacted districts.) 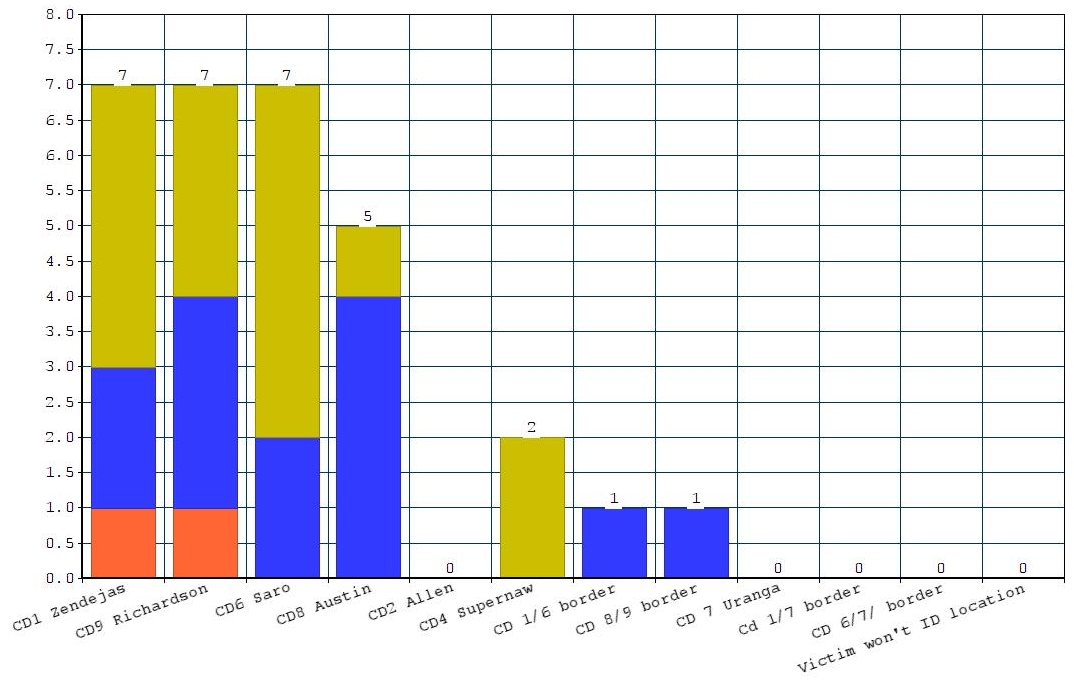 We have experienced an increase in violent crime in the past week and it is our shared responsibility to stop this senseless violence.

Here is what the #LBPD will be doing to deter crime in the affected areas ?? #LBPDSafety #SeeSomethingSaySomething #LongBeach pic.twitter.com/HYO6TjncLQ