-->
News
Man Is Found Shot To Death. 1700 block Alamitos If LBREPORT.com didn't tell you,
who would?No one in LBREPORT.com's ownership, reporting or editorial decision-making has ties to development interests, advocacy groups or other special interests; or is seeking or receiving benefits of City development-related decisions; or holds a City Hall appointive position; or has contributed sums to political campaigns for Long Beach incumbents or challengers. LBREPORT.com isn't part of an out of town corporate cluster and no one its ownership, editorial or publishing decisionmaking has been part of the governing board of any City government body or other entity on whose policies we report. LBREPORT.com is reader and advertiser supported. Support independent news in LB similar to the way people support NPR and PBS stations. We're not so it's not tax deductible but $49.95 (less than an annual dollar a week) helps keep us online. (March 16, 2021, 10:15 p.m.) -- A man was shot to death earlier today (March 16) in the 1700 block of Alamitos Ave. (just south of PCH near Orange Ave.,CD 6/Saro.) It's the tenth shooting in LB since Jan 1. CD 6 now has the highest number of shootings -- 17 -- with a person struck/wounded, or no person hit with casings found + two homicides.)

The man was found in the 6 a.m. hour and pronounced deceased at the scene by LBFD. Through their subsequent investigation, LBPD detectives concluded that at abut 1:25 a.m., two suspects approached the victim (a man in his 30's) on foot and at least one suspect (perhaps both) opened fire on the victim. The suspects then fled in a vehicle last seen headed north on Orange Ave. toward PCH, LBPD says in its release.. 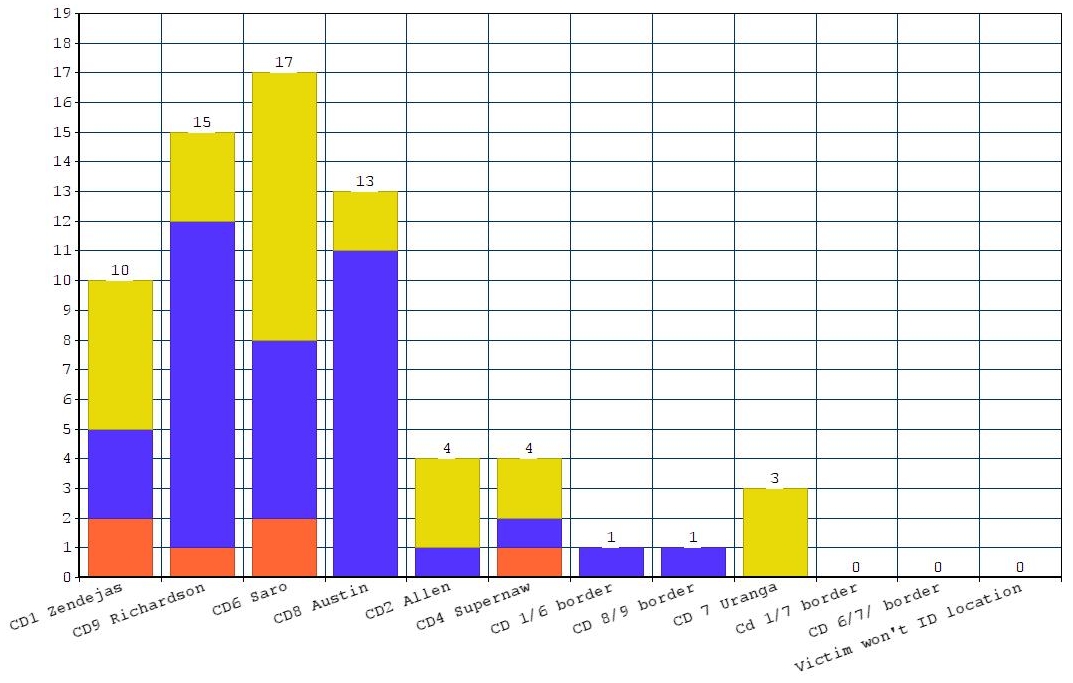