-->
News
LB Had THREE Shootings On March 16: Man Is Shot/Wounded In Aquarium Area Parking Structure Less Than An Hour After Shooting (Rounds Miss Two Victims) 1000 block Myrtle Ave. If LBREPORT.com didn't tell you,
who would?No one in LBREPORT.com's ownership, reporting or editorial decision-making has ties to development interests, advocacy groups or other special interests; or is seeking or receiving benefits of City development-related decisions; or holds a City Hall appointive position; or has contributed sums to political campaigns for Long Beach incumbents or challengers. LBREPORT.com isn't part of an out of town corporate cluster and no one its ownership, editorial or publishing decisionmaking has been part of the governing board of any City government body or other entity on whose policies we report. LBREPORT.com is reader and advertiser supported. Support independent news in LB similar to the way people support NPR and PBS stations. We're not so it's not tax deductible but $49.95 (less than an annual dollar a week) helps keep us online. (March 17, 2021, 5:15 p.m.) -- Long Beach three shootings on March 16 (including a previously reported homicide.) On the same night as LB City Councilmembers voted (9-0) not to allocate any portion of $208 million in federal COVID-19 City Hall relief funds to restore police offices thinned by recent and previous Council defundings), Long Beach had two more shootings following a homicide earlier the same day Shooting Crime Scenes Jan 1, 2021 to the present
Red = Homicides. Blue = Persons hit. Yellow = Casings found or vehicle or bldg hit 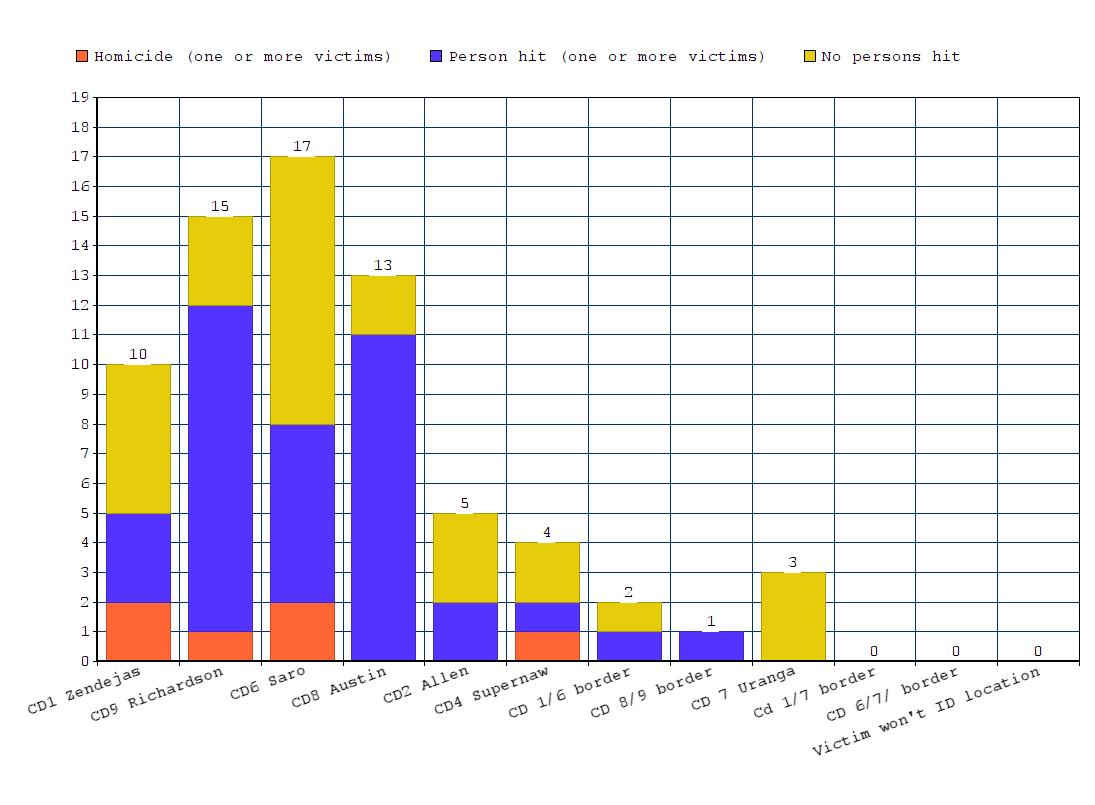