-->
News
Another NLB Shooting: Gunfire In 4900 block Daisy Ave (CD 8/Austin) Strikes Occupied Multi-Unit Residence If LBREPORT.com didn't tell you,
who would?No one in LBREPORT.com's ownership, reporting or editorial decision-making has ties to development interests, advocacy groups or other special interests; or is seeking or receiving benefits of City development-related decisions; or holds a City Hall appointive position; or has contributed sums to political campaigns for Long Beach incumbents or challengers. LBREPORT.com isn't part of an out of town corporate cluster and no one its ownership, editorial or publishing decisionmaking has been part of the governing board of any City government body or other entity on whose policies we report. LBREPORT.com is reader and advertiser supported. Support independent news in LB similar to the way people support NPR and PBS stations. We're not so it's not tax deductible but $49.95 (less than an annual dollar a week) helps keep us online. (March 22, 2021, 11:10 a.m.) -- Long Beach, and in particular North Long Beach, had another shooting overnight. It follows a shooting roughly 24 hours earlier in the 2100 block Hullett (CD 9/Richardson) in which a resident heard gunfire overnight and awoke to find a bullet lodged in his window.

The March 22 shooting took place in the midnight hour in the 4900 block of Daisy Ave. (CD 8). LBPD Public Information Officer Brandon Fahey says that at about 12:35 a.m. officers responded to the location and contacted a man and a woman who live (separately) in a multi-unit residence. "Both victims stated they were inside their respective residences when they heard shots nearby and observed their residence had been struck by gunfire. Officers located evidence, including casings and strike marks, indicating a shooting had occurred, PIO Fahey says,

No physical injuries were reported (no one appears to have been hit); there's no immediate suspect information and the shooter's motive isn't immediately known as LBPD's investigation continues. 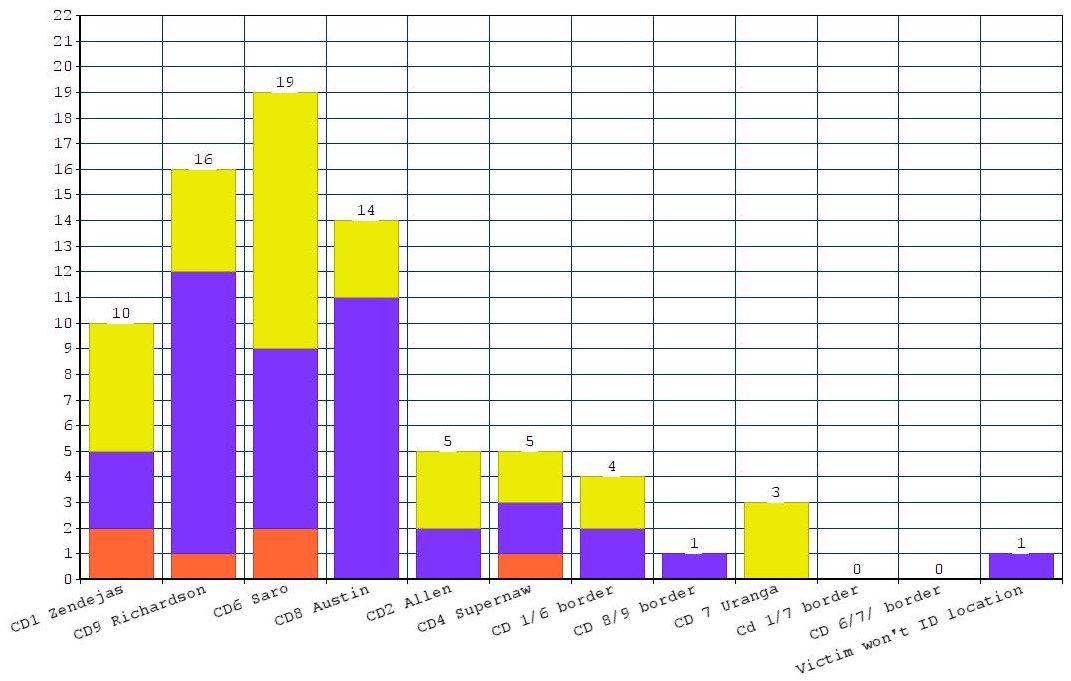