-->
News
Man Is Wounded In 14th/Temple Drive-Up Shooting In Supernaw's CD 4 If LBREPORT.com didn't tell you,
who would?No one in LBREPORT.com's ownership, reporting or editorial decision-making has ties to development interests, advocacy groups or other special interests; or is seeking or receiving benefits of City development-related decisions; or holds a City Hall appointive position; or has contributed sums to political campaigns for Long Beach incumbents or challengers. LBREPORT.com isn't part of an out of town corporate cluster and no one its ownership, editorial or publishing decisionmaking has been part of the governing board of any City government body or other entity on whose policies we report. LBREPORT.com is reader and advertiser supported. Support independent news in LB similar to the way people support NPR and PBS stations. We're not so it's not tax deductible but $49.95 (less than an annual dollar a week) helps keep us online. (March 18, 2021, 4:45 p.m.) -- A man was shot/wounded today (March 18) in Councilman Daryl Supenaw's CD4 Zaferia neighborhood.

It's the fifth shooting in CD4 -- including a homicide, two persons hit/wounded and two not-hit but with casings and strike marks found -- since Jan. 1, 2021.

LBPD Public Incformation Officer Allis Gallagher says (preiminary information) that officers respopnded at about 1:30 a.m. on March 18 to the 2700 block of Spaulding St. regarding a shooing and found a man (adult) with non-life-threatening gunshot wounds The victim stated he was running near the area of 14th Street and Temple Avenue (about two blocks south) when a vehicle pulled up in front of him and an unknown suspect exited the vehicle and shot him. The victim then fled the area on foot; LBFD transportedhim to a hospita where he's in stable condition.l..

Officers located evidence, including bullet casings and strike marks, indicating a shooting had occurred. For now, LBPD says the motive for the shooting is unknown. 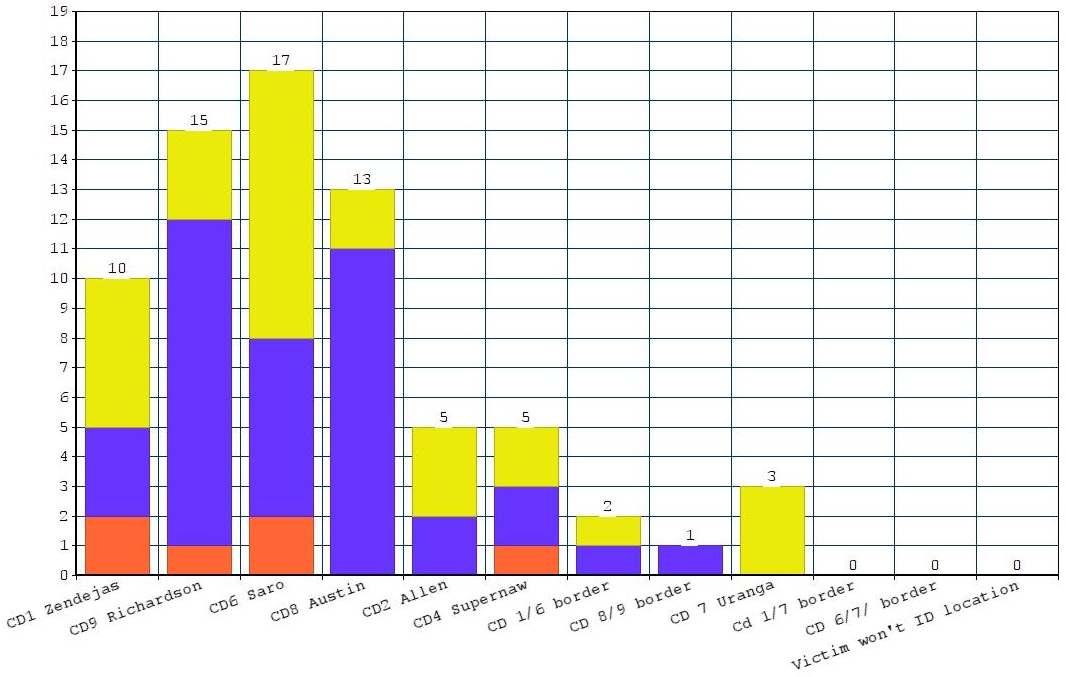