+ Long Beach HQ'd Firm (<i<>Rocket Lab) Successfully Orbits Thirty Satellites In Single Launch AND Recovers Its Launch Rocket </i<>
News / LB's Future In Space
Long Beach HQ'd Firm ( =- If LBREPORT.com didn't tell you,
who would?No one in LBREPORT.com's ownership, reporting or editorial decision-making has ties to development interests, advocacy groups or other special interests; or is seeking or receiving benefits of City development-related decisions; or holds a City Hall appointive position; or has contributed sums to political campaigns for Long Beach incumbents or challengers. LBREPORT.com isn't part of an out of town corporate cluster and no one its ownership, editorial or publishing decisionmaking has been part of the governing board of any City government body or other entity on whose policies we report. LBREPORT.com is reader and advertiser supported. Support independent news in LB similar to the way people support NPR and PBS stations. We're not so it's not tax deductible but $49.95 (less than an annual dollar a week) helps keep us online. (November 20, 2020, 6:20 p.m.) -- In an example of Long Beach's emerging future in space related enterprises, a New Zealand based firm specializing in small satellite launches -- that chose Long Beach for its corporate headquarters -- has successfully orbited thirty satellites in a single launch AND used parachute technology to recover the launch rocket. 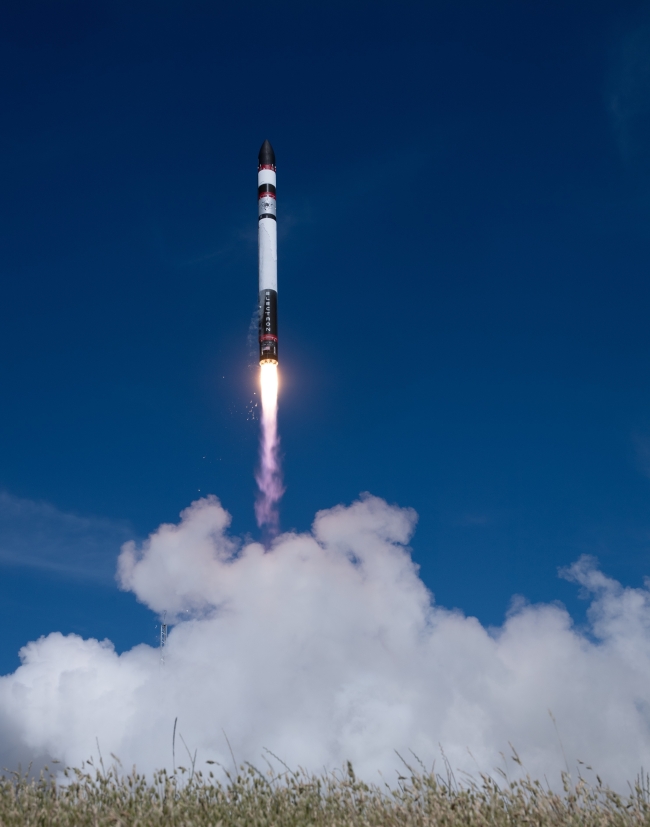 The firm took a public relations risk by announcing that in addition to the multi-satellite launch it would also attempt to recover the first stage of its Electron rocket in what it called a "Return to Sender’ launch.using a parachute system for a controlled water landing before collection by a recovery vessel.

Welcome back to Earth, Electron.

"What the team achieved today in recovering Electron’s first stage is no mean feat. It took a monumental effort from many teams across Rocket Lab, and it’s exciting to see that work pay off in a major step towards making Electron a reusable rocket," said Rocket Lab founder and CEO, Peter Beck.

"The recovery of a stage is a major milestone in Rocket Lab’s pursuit to make Electron a reusable rocket to increase launch frequency and reduce launch costs for small satellites," the firm said in a release.

[Rocket Lab release text] Approximately two and a half minutes after lift-off, at an altitude of around 80 km, Electron’s first and second stages separated per standard mission procedure. Once the engines shut down on Electron’s first stage, a reaction control system re-oriented the stage 180-degrees to place it on an ideal angle for re-entry, enabling it to survive the incredible heat and pressure known as "The Wall" during its descent back to Earth. A drogue parachute was deployed to increase drag and to stabilize the first stage as it descended, before a large main parachute was deployed in the final kilometres of descent. The stage splashed down as planned. Rocket Lab’s recovery team will transport the stage back to Rocket Lab’s production complex [in New Zealand] where engineers will inspect the stage to gather data that will inform future recovery missions.

The firm says the latest launch deployed satellites for TriSept, Swam Technologies, Unseenlabs, and the Auckland Programme for Space Systems at The University of Auckland It brngs the total number of satellites launched by Rocket Lab to 95.

The firm's launch also included a mass simulator shaped like a garden gnome -- "Gnome Chompski" -- a 150 mm 3D printed titanium gnome manufactured by design studio Weta Workshop for Valve’s Gabe Newell. It conjures up part of the game Half-Life 2 in which players carry a gnome before putting him in a rocket for launch into space. On a more serious level, Rocket Lab says aits "Gnome Chompski" served an important R&D function by allowing the firm "to test and qualify novel 3D printing techniques that could be employed for future spacecraft components." 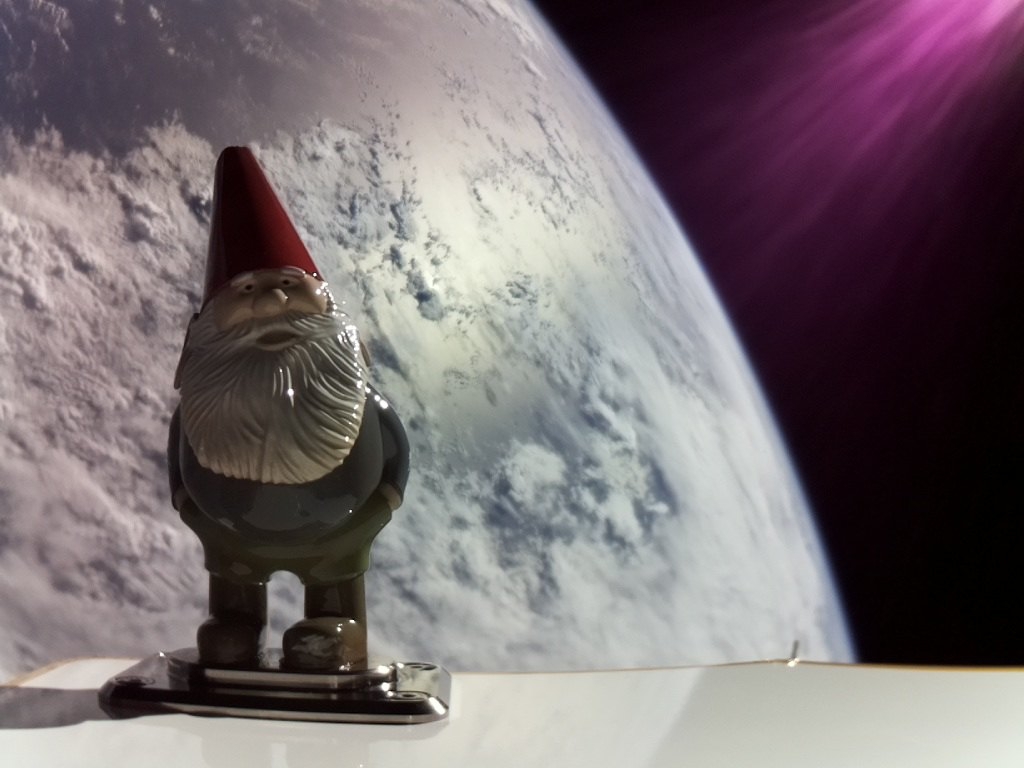 Rocket Lab adds that for every person who watched the launch webcast, Mr. Newell donated a dollar to the Paediatric Intensive Care Unit at Starship Children’s Hospital.

Rocket Lab designs and manufactures the Electron launch vehicle (tailored for small satellites) and Photon satellite platform ("a complete spacecraft bus solution that can be tailored for a range of missions.") The firm says "together Electron and Photon offer an all-inclusive spacecraft build and launch service for Rocket Lab customers. Rocket Lab operates launch sites in Mahia, New Zealand and Wallops Island, Virginia.

On its Facebook page, Rocket Lab says its mission is to remove the barriers to commercial space. "[The firm] was founded on the belief that small payloads require dedicated small launch vehicles and the flexibility not currently offered by traditional rocket systems."

Meanwhile, a few blocks south of Rocket Lab, Sir Richard Branson's Virgin Orbit (based at 4022 Conant St.) also prepares satellites for launch. Stating on its website that it's "on a mission to open space for everyone," Virgin Orbit says "when your satellite arrives at our payload processing facility in Long Beach, CA, it’ll feel right at home in our strictly regulated cleanroom. We monitor particle counts, humidity and temperature to ensure our cleanroom operates at ISO 8 Cleanliness standards." The satellite is then launched from Virgin's "Cosmic Girl" aircraft available from multiple launch locations across the globe.