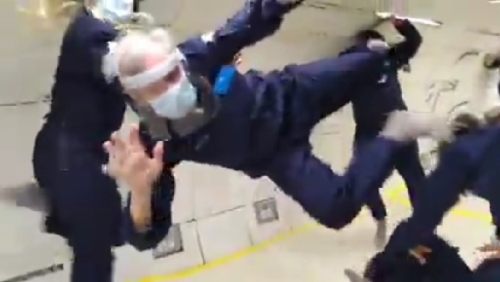 On the ascents (45 degrees nose high), riders feel 1.8 G's (nearly twice their normal body weight), then the plane crests the top of a parabola and desecnds at about a 20-30 degree angle. To LBREPORT.com publisher Pearl, it felt like the floor gently dropped away...and suddenly everyone and everything began floating for about 15 seconds. 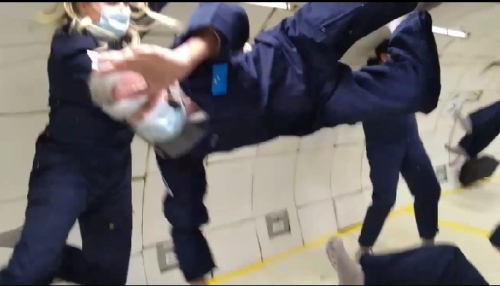 Pearl described the sensation as "ethereal, other-worldly, gentle physically but intense for one's senses." While some fliers focused on spinning and twirling, we tried to focus on maneuvering in Zero G and quickly learned that movements that make sense on Earth produce very different results in in weightlessness.

On one parabola (captured by a Zero G staffer) Pearl (in foreground with grey hair floating off his head) added to a tiny push from a Zero G staffer and ended up with his feet basically on the ceiling...and in weightlessness it didn't feel upside down. just floating above the floor.

A few seconds later, the plane pulled out of its descent and began another 1.8 g ascent...and the floor rose up to meet Pearl's posterior as the plane entered the next parabola. 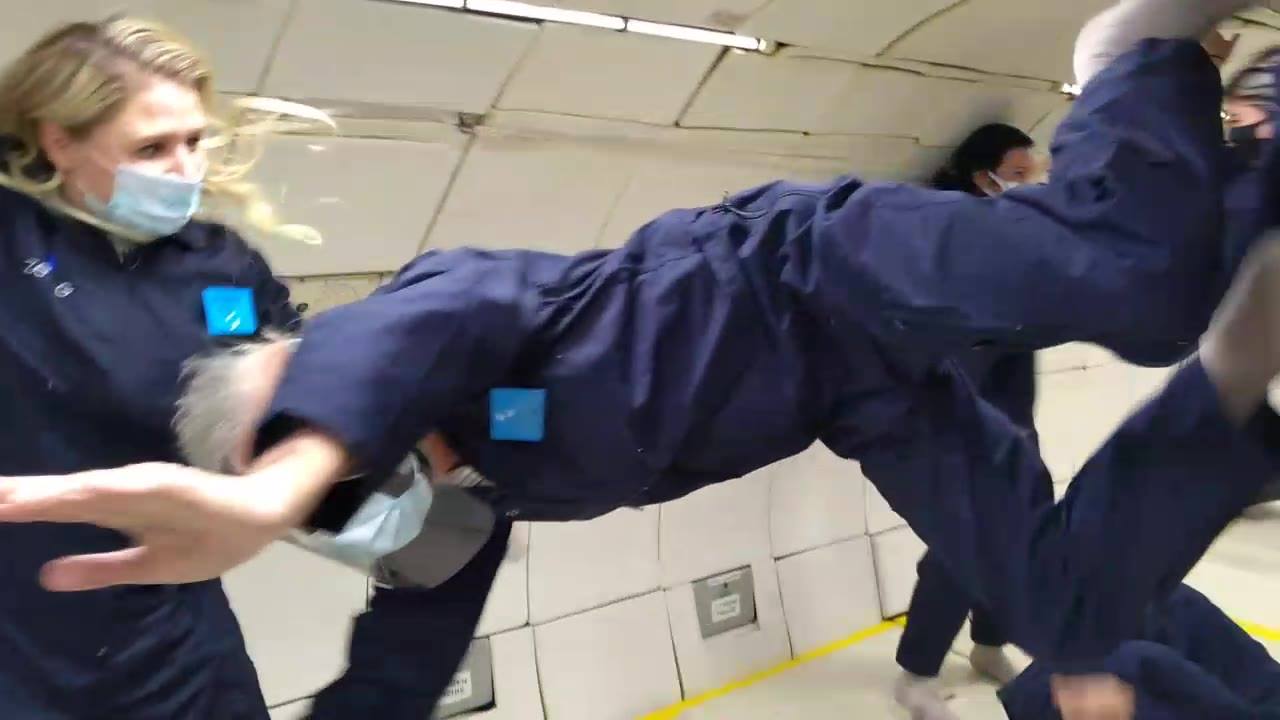 Zero G shot VIDEO (six GoPros mounted inside cabin) and stills (a Zero G photog aboard.) We'll hope to have those for you soon..

The Zero G plane is slated to take passengers aboard in NYC (Oct. 31-Nov 1) and Fort Lauderdale (Nov. 7), followed by several days of research flights before returning to LB on March 13, 2021.