LB HQ'd Rocket Lab Successfully Launches Satellite for U.S. Space Force If LBREPORT.com didn't tell you,
who would?No one in LBREPORT.com's ownership, reporting or editorial decision-making has ties to development interests, advocacy groups or other special interests; or is seeking or receiving benefits of City development-related decisions; or holds a City Hall appointive position; or has contributed sums to political campaigns for Long Beach incumbents or challengers. LBREPORT.com isn't part of an out of town corporate cluster and no one its ownership, editorial or publishing decisionmaking has been part of the governing board of any City government body or other entity on whose policies we report. LBREPORT.com is reader and advertiser supported. Support independent news in LB similar to the way people support NPR and PBS stations. We're not so it's not tax deductible but $49.95 (less than an annual dollar a week) helps keep us online. (July 29, 2021, 5:15 a.m.) -- Long Beach headquartered Rocket Lab has successfully launched a research/development satellite into orbit for the U.S., Space Force (USSF) from the firm's New Zealand launch facility. 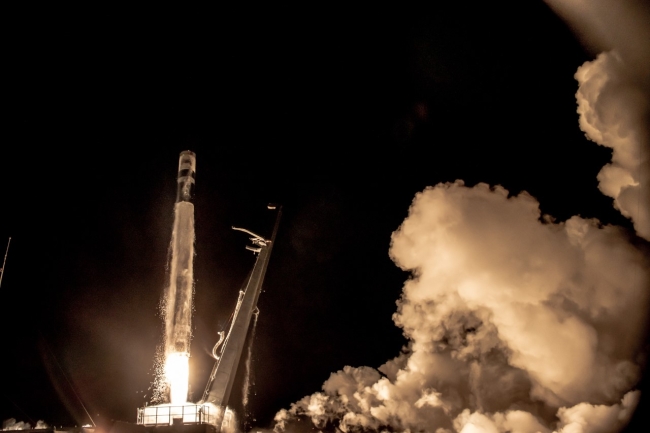 It's the firm's first mission since suffering a failure on May 15 in which Electron's second stage shut down prematurely resulting in loss of the mission's payload (two satellites for the geospatial intelligence company BlackSky Global.)

[Rocket Lab release text] The mission was procured by the Department of Defense (DoD) Space Test Program (STP) and the Rocket Systems Launch Program (RSLP), both based at Kirkland Air Force Base, New Mexico.; in partnership with the Defense Innovation Unit (DIU) as part of the Rapid Agile Launch Initiative (RALI). The mission is being managed by the Launch Enterprise’s Small Launch and Targets Division, which is part of the USSF’s launch organization of choice. The mission has been named ‘It’s a Little Chile Up Here’ in a nod to the beloved green Chile of New Mexico where the Space Test Program is based.