Viewpoint
What Next From Long Beach Health Boss Kelly Colopy, Hazmat Suits For Our Restaurant Servers?

If LBREPORT.com didn't tell you,
who would?No one in LBREPORT.com's ownership, reporting or editorial decision-making has ties to development interests, advocacy groups or other special interests; or is seeking or receiving benefits of City development-related decisions; or holds a City Hall appointive position; or has contributed sums to political campaigns for Long Beach incumbents or challengers. LBREPORT.com isn't part of an out of town corporate cluster and no one its ownership, editorial or publishing decisionmaking has been part of the governing board of any City government body or other entity on whose policies we report. LBREPORT.com is reader and advertiser supported. Support independent news in LB similar to the way people support NPR and PBS stations. We're not so it's not tax deductible but $49.95 (less than an annual dollar a week) helps keep us online. (July 29, 2020, 11:35 a.m.) --In her never-ending quest to protect humankind from the Coronavirus, the sterling director of the Long Beach Health Department, a certain Kelly Colopy, has, as we all painfully know, mandated those who serve food at dining establishments around the city to adorn themselves with those God-awful face shields. 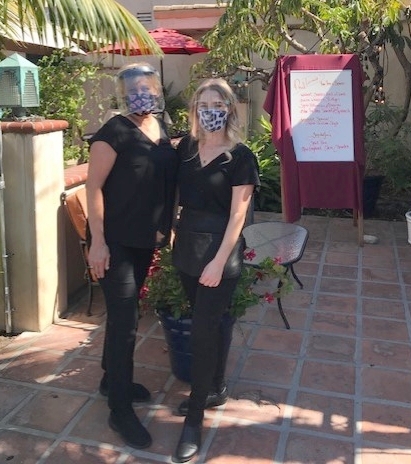 The waiters and waitresses serving tables in nearby Orange County don't have to wear such a suffocating contraction covering their masks, but, oh, this is Long Beach and our health mandarin and her apparatchiks know what's best for everyone's well-being. 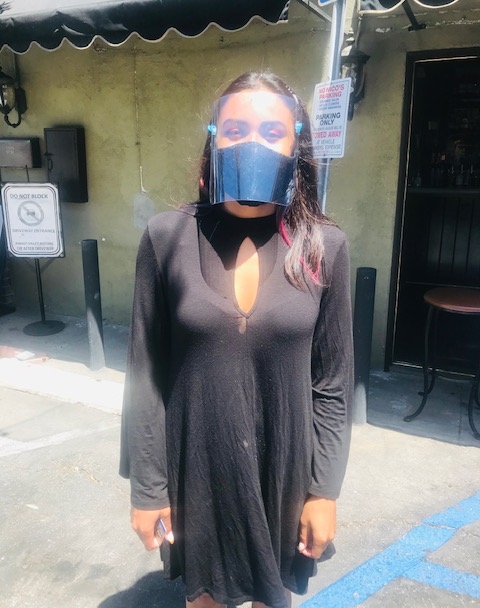 Ashley Morales must wear a face shield when she waits on tables at Nico's.in Naples. Photo by Mr. Krikorian.