News
Candles in the Wind: Woman Who Perished (Pedestrian Attempting To Cross Palo Verde Ave.) Lost Her Twin Sister Nine Years Earlier In Vehicle Crash; Heartbreaking "Go Fund Me" Page Tells The Story If LBREPORT.com didn't tell you,
who would?No one in LBREPORT.com's ownership, reporting or editorial decision-making has ties to development interests, advocacy groups or other special interests; or is seeking or receiving benefits of City development-related decisions; or holds a City Hall appointive position; or has contributed sums to political campaigns for Long Beach incumbents or challengers. LBREPORT.com isn't part of an out of town corporate cluster and no one its ownership, editorial or publishing decisionmaking has been part of the governing board of any City government body or other entity on whose policies we report. LBREPORT.com is reader and advertiser supported. Support independent news in LB similar to the way people support NPR and PBS stations. We're not so it's not tax deductible but $49.95 (less than an annual dollar a week) helps keep us online. (Jan. 25, 2020) -- A candlelight shrine has grown since LBREPORT.com first reported it after a Jan. 22 accident took the life of Kym Davenport, 32, of Long Beach. LBPD says she was trying to cross Palo Verde Ave. at midblock north of Atherton St. when a vehicle struck her, causing critical injuries she didn't survive (LBREPORT.com coverage here.) 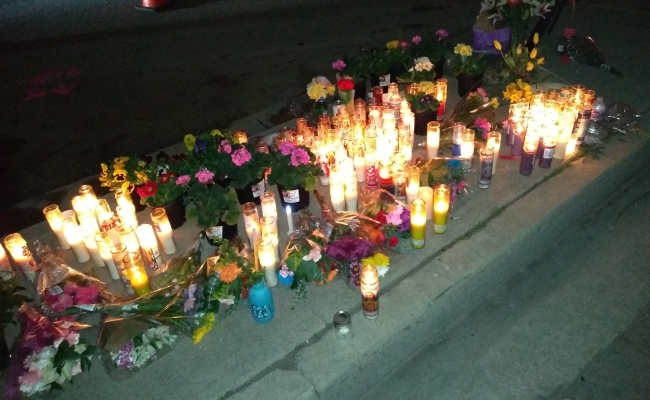 Now a Go Fund Me page describes an additional heartbreaking, almost unimaginable part of the story. A little over nine years ago, Kym's twin sister Nicole perished in a car accident when a driver ran a red light and hit her car.

Titled "Twin Angels," the Go Fund Me text -- attributable to organizer Lexie Sullivan of Long Beach -- speaks for itself:

They say the bond between twins is unlike anything we could possibly imagine, to break them apart is like taking a piece that can never be replaced. We never are prepared for tragedy to strike once, let alone twice.

Nine years ago, on January 14, 2011 one half of this beautiful twin duo was called to Heaven. Our beloved Nicole Louise Davenport was taken from us too soon at age 23. She was tragically killed in a car accident by a driver who ran a red light and wasn’t obeying the rules of the road. Losing Nicole was extremely difficult to endure and our lives were flipped upside down. Living without her caring, kindhearted personality every day left a hole in our family that could not be filled.

On January 22, 2020, we were heartbroken unexpectedly once again by devastating news. The second half of this twin sister duo, Kymberly Ann Davenport, reunited with her other half on the 9 year anniversary of Nicole’s funeral service at age 32. She was struck by a truck while crossing the street in front of her home. Her bubbly personality could light up any room she entered. No words will ever be able to explain how much we’ll miss her.

While we thought that their parents Ronnie and Stevie were on the road to healing, this sudden loss forces them to start the grieving process all over again. At this time we are asking for donations and thoughts & prayers for this extremely difficult situation our family is facing. We want to thank those who are going to donate for her funeral services in advance. Anything you can donate would be greatly appreciated, big or small.

On January 22, 2020, the pull of her twin sister needing her in Heaven must have been greater than ours to keep her here. These two girls had hearts of gold and didn't deserve the cards life dealt them. Although we now have to face the reality of living a life without Kymberly in it, we find peace knowing that she is reunited with her sister and nothing can ever separate them again. 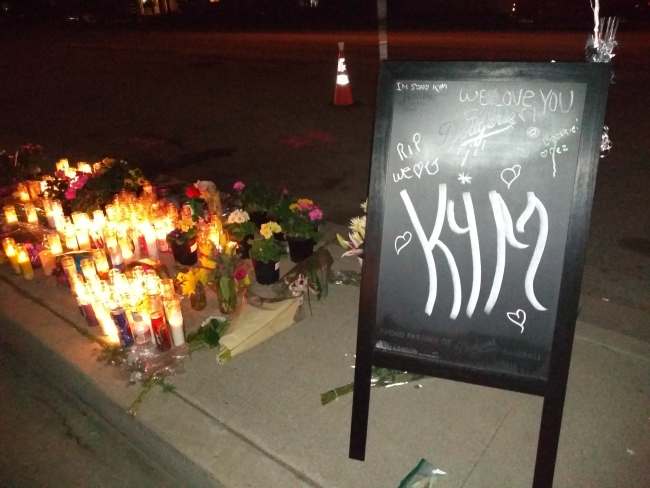