+ Long Beach Based <i>Virgin Orbit</i> Puts Its Plane-Launched Rocket Payload Into Orbit
LB's Future In Space
(A Continuing Series)
Long Beach Based Virgin Orbit Puts Its Plane-Launched Rocket Payload Into Orbit If LBREPORT.com didn't tell you,
who would?No one in LBREPORT.com's ownership, reporting or editorial decision-making has ties to development interests, advocacy groups or other special interests; or is seeking or receiving benefits of City development-related decisions; or holds a City Hall appointive position; or has contributed sums to political campaigns for Long Beach incumbents or challengers. LBREPORT.com isn't part of an out of town corporate cluster and no one its ownership, editorial or publishing decisionmaking has been part of the governing board of any City government body or other entity on whose policies we report. LBREPORT.com is reader and advertiser supported. Support independent news in LB similar to the way people support NPR and PBS stations. We're not so it's not tax deductible but $49.95 (less than an annual dollar a week) helps keep us online. 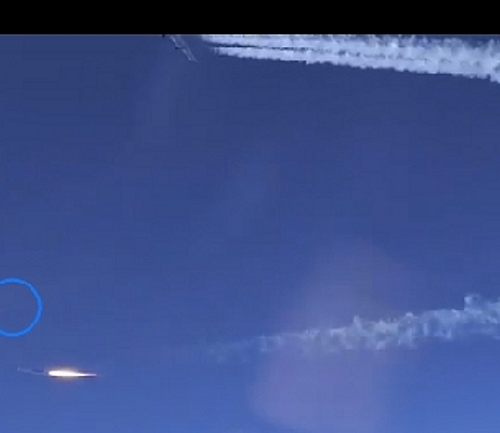 According to telemetry, LauncherOne has reached orbit! Everyone on the team who is not in mission control right now is going absolutely bonkers. Even the folks on comms are trying really hard not to sound too excited.

Sir Richard Branson's Virgin Orbit, based at 4022 East Conant St. next to LB Airport in East Long Beach's Douglas Park, has pioneered a rocket launch system that puts payloads into orbit from a rocket launched from under the wing of the firm's "Cosmic Girl" jet aircraft. Cosmic Girl took off from the Mojave desert and went through a looping maneuver over the Pacific Ocean to launch its nine satellite payload into orbit.

Today's sequence of events for #LaunchDemo2 went exactly to plan, from safe execution of our ground ops all the way through successful full duration burns on both engines. To say we're thrilled would be a massive understatement, but 240 characters couldn't do it justice anyway. pic.twitter.com/ZKpoi7hkGN

Payloads successfully deployed into our target orbit! We are so, so proud to say that LauncherOne has now completed its first mission to space, carrying 9 CubeSat missions into Low Earth Orbit for our friends @NASA. #LaunchDemo2

An initial attempt to deploy the plane-launched rocket fizzled in May 2020 and whatever issues bedeviled the first launch was successfully remedied today.