If LBREPORT.com didn't tell you,
who would?No one in LBREPORT.com's ownership, reporting or editorial decision-making has ties to development interests, advocacy groups or other special interests; or is seeking or receiving benefits of City development-related decisions; or holds a City Hall appointive position; or has contributed sums to political campaigns for Long Beach incumbents or challengers. LBREPORT.com isn't part of an out of town corporate cluster and no one its ownership, editorial or publishing decisionmaking has been part of the governing board of any City government body or other entity on whose policies we report. LBREPORT.com is reader and advertiser supported. Support independent news in LB similar to the way people support NPR and PBS stations. We're not so it's not tax deductible but $49.95 (less than an annual dollar a week) helps keep us online. (August 10, 2020, 7:35 a.m.) -- He is a scion of the legendary Roosevelt family of Hyde Park whose most prominent member, Franklin Delano Roosevelt, was his grandfather and America's only four-term president during an historically eventful incumbency in which he oversaw the Great Depression and World War II and instituted the New Deal with its slew of policies that dramatically increased the role of the federal government.

His great uncle Teddy Roosevelt served as the 26th president of the United States---he took over when William McKinley was assassinated on September 14, 1901 and left office in 1909---and is enshrined on Mt. Rushmore along with Abraham Lincoln, George Washington and Thomas Jefferson.

His father James Roosevelt became a Brigadier General of the Marines during World War II and earned the Silver Cross for his South Pacific exploits and also was active in Democratic politics -- he was a trusted advisor to FDR and Time Magazine in 1937 described him as the "Assistant President of the United States" -- and served six terms as a U.S. Congressman from Los Angeles before becoming a UN Ambassador to Geneva for America. 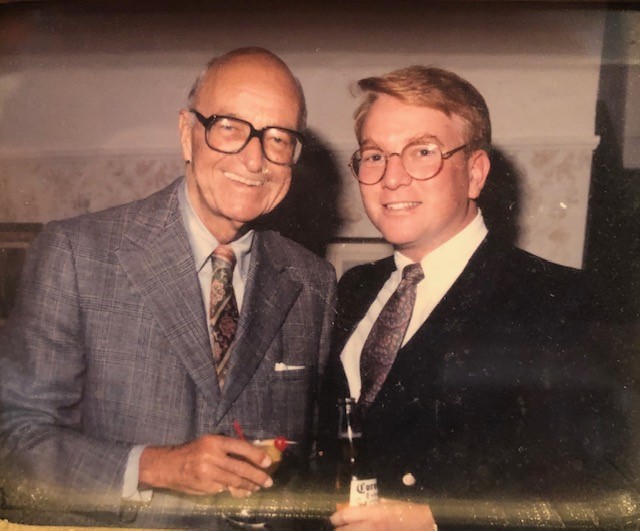 To say the life of Hall Delano Roosevelt has been unique, unusual, even unreal, would be a staggering understatement of epic proportion.