If LBREPORT.com didn't tell you,
who would?No one in LBREPORT.com's ownership, reporting or editorial decision-making has ties to development interests, advocacy groups or other special interests; or is seeking or receiving benefits of City development-related decisions; or holds a City Hall appointive position; or has contributed sums to political campaigns for Long Beach incumbents or challengers. LBREPORT.com isn't part of an out of town corporate cluster and no one its ownership, editorial or publishing decisionmaking has been part of the governing board of any City government body or other entity on whose policies we report. LBREPORT.com is reader and advertiser supported. Support independent news in LB similar to the way people support NPR and PBS stations. We're not so it's not tax deductible but $49.95 (less than an annual dollar a week) helps keep us online. (Sept. 12, 2020, 2:30 p.m.) -- Jeff Cozart is one of thousands upon thousands of business operators in California who is suffering financially, mentally and sleeplessly from what he views as the unjust Coronavirus-inspired lockdown frenzy perpetrated during the past seven months in California by its governor, Gavin Newsom.

"Does the man have any idea how many families he's disrupted, how many people he has put out of work, how many human beings he's tormented, how many business closures he's caused?" says the gentleman who oversees the Belmont Athletic Club and the adjoining Murphy's Pub. 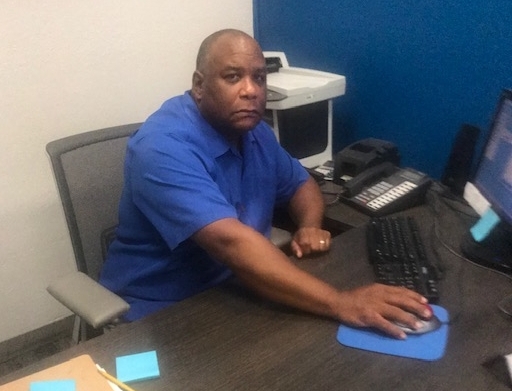 Jeff Cozart is seated in his office on a recent afternoon, and he keeps shaking his head disconsolately when he reflects on the reality of his dark situation.

"The bills just keep coming even though money isn't," he says. "The clock is ticking ominously for me. This is a life-and-death struggle. How much longer can I go? Not much longer. Remember, I operate two businesses here, a health club and a tavern.

"I've worked in this place for 35 of my 59 years. I have a total of 84 employees -- and 25 are in our ESOP (Employee Stock Option Plan). I've given my heart and soul to this place. I still come down here every day, and get a mop and dust and do cleanup. Yet, no one is allowed to come through our front door, although at least a few loyal customers still walk up our outside stairway to enjoy having a beer and food on our balcony at Murphy's.