Doug Krikorian / Viewpoint
What A Life For Angelo Marciuliano Of Angelo's Italian Deli Fame: From Growing Up Humbly In The Southern Italy Region of Basilicata To Serving Anthony Quinn As A Waiter At The Legendary Savoy Hotel In London To Being A Private Chef For Generals And Other Military Brass When He Was In The Italian Army To Creating The Famous Italian Torpedo Sandwhich

If LBREPORT.com didn't tell you,
who would?No one in LBREPORT.com's ownership, reporting or editorial decision-making has ties to development interests, advocacy groups or other special interests; or is seeking or receiving benefits of City development-related decisions; or holds a City Hall appointive position; or has contributed sums to political campaigns for Long Beach incumbents or challengers. LBREPORT.com isn't part of an out of town corporate cluster and no one its ownership, editorial or publishing decisionmaking has been part of the governing board of any City government body or other entity on whose policies we report. LBREPORT.com is reader and advertiser supported. Support independent news in LB similar to the way people support NPR and PBS stations. We're not so it's not tax deductible but $49.95 (less than an annual dollar a week) helps keep us online. (Sept. 5, 2021, 7:45 a.m.) -- It is early morning on Second Street in Belmont Shore, and the 63-year-old gentleman from Italy is seated inside his eponymously named Angelo's Italian Deli discussing his colorful past that encapsulates the classic American Dream.

It didn't go well, and he soon would return to his native city of Matera in the historic, picturesque southern Italy region of Basilicata near the Ionian Sea and became involved in a couple of Italian restaurants that turned out to be quite profitable.

Indeed, so profitable that Angelo Rafael Marciuliano returned to America in 1994, and within a year was operating a successful dining establishment in Naples called Bacchus that lasted 10 years until a new tenant named Michael Dene took over and eventually opened Michael's at the same site.

``I'd probably still be there if there hadn't been a change of ownership of the building,'' says Mr. Marciuliano without a hint of remorse. ``But things have worked out well for me. I can't complain about anything. If you came from where I came from living in a two-room hut in a family of seven, you don't take things for granted, and I appreciate the beautiful things God has given me.'' 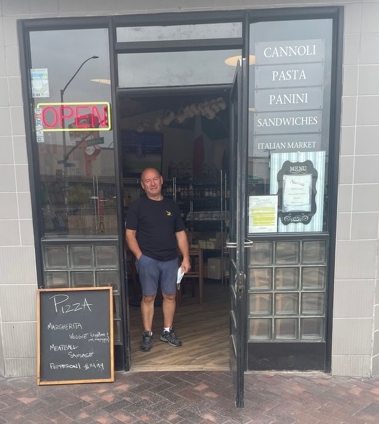 Owner Angelo Marciuliano standing at the entrance to his place, Angelo's Italian Deli, on Second Street in Belmont Shore

He pauses momentarily in reflection, and looks around his deli that is brimming with various Italian wines, cold cuts, cheeses, pastries and myriad other goodies. 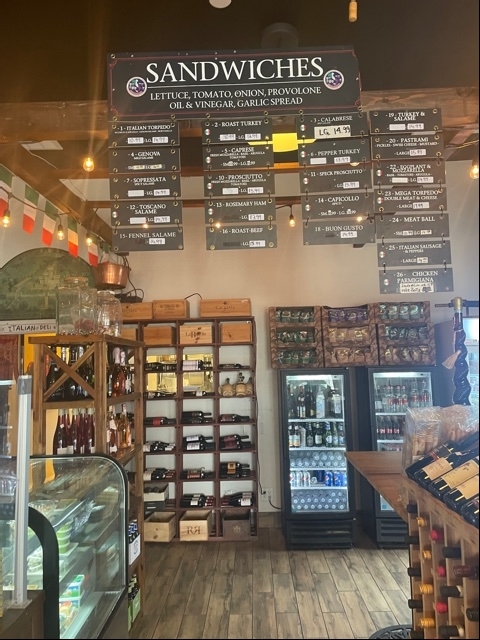 Inside view of Angelo's Italian Deli in Belmont Shore

Yes, Honestly, There Are Actually A Couple Of Positives To Emerge From The Covid-19 Pandemic In Long Beach---An Outdoors, Champs-Elysee-Like Dining Experience Throughout The City For Restaurant Patrons Because Of The Popular Parklets And An Upscale Covid-19 Belmont Shore Testing Place Called SAMEDAYHEALTH That Is A Thriving Operation In The Midst Of Second Street's Spate Of Business Exoduses