Doug Krikorian / Viewpoint
The Irrepressible Don Rodriguez Is Walking 50 miles This Weekend In Still Another Fund-Raising Coup In A Ceaseless 18-Year Stream---More Than $50 Million!--For His Long Beach Boys & Girls Clubs That Are Thriving And That Soon Even Will Have A Phil Trani Gym On One Of Its Properties In Honor Of One Of Its Many Benefactors

Phil Trani long has been one this city's most prominent restaurateurs at his eponymous establishment on Long Beach Blvd., where he has etched a widespread reputation with his devoted, eclectic clientele for his cooking, his drinking, his story-telling, his fraternizing and his fund-raising for charitable causes.

Mr. Rodriguez, of course, is the long-time President/CEO of the Long Beach Boys & Girls Club, a gentleman of astounding leadership and personality who also has forged a widespread reputation during his 18-year tenure for his formidable fund-raising skills that has resulted in more than $50 million enhancing his organization's coffers. 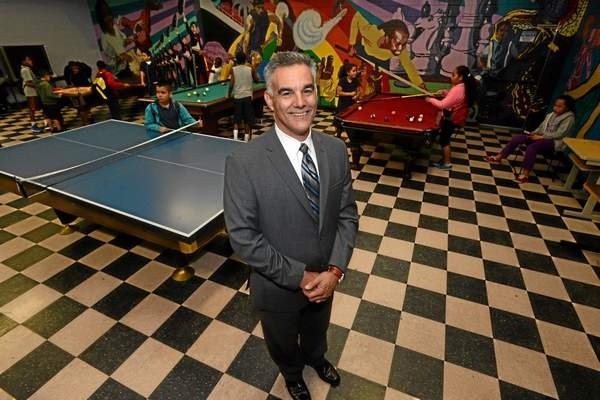 Don Rodriguez took over the Boys & Girls operation here in June of 2003 when it was struggling ominously, but it is now thriving with fully-staffed outlets in 12 locations---nine of which are on school campuses---and membership of almost 4,000 with a daily turnout of more than 2,000. 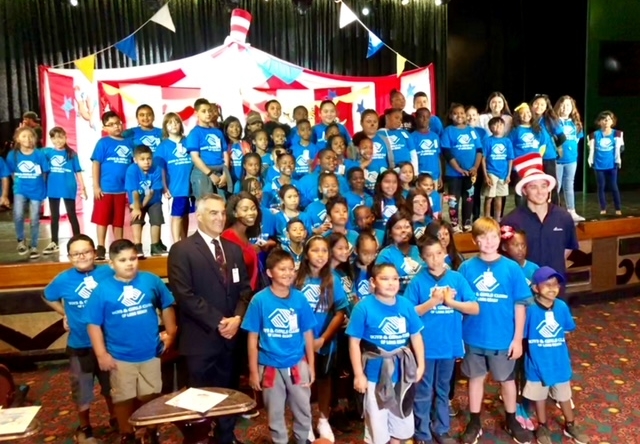 The President/CEO of the Long Beach Boys & Girls Club, Don Rodriguez, standing among the kids at one of his properties.

``We're so fortunate to have a great Board of Directors and great community support with so many people like Phil Trani giving so much of themselves to help our cause,'' says Mr. Rodriguez. ``I'm just so appreciative to so many people that to name them all would be impossible.''

But he did name one, for sure, and that's Phil Trani, whose six-year golf tournament has raised more than $500,000 for which Mr. Rodriguez is so appreciative that he's actually decided to affix a lasting honor of gratitude for Mr. Trani.

``The gym at the Boys & Girls Club-John C. & Alice Wallace-Petrolane Center at 1920 Lemon Avenue will soon become known as the Phil Trani Gym,'' relates Mr. Rodriguez. ``Phil tells the story when he was a kid, and he played in the old Boys Club in San Pedro in socks because he couldn't afford to buy tennis shoes. And he told me, despite that, he played there almost every day. I guess the Boys Club played a major role in Phil's youth.''

It also played a major role in Don Rodriguez's youth in Hollywood, where he grew up in a home not far from Grauman's Chinese Theatre with his three brothers and a sister and where he played at the local Boys Club which years later he oversaw in its incarnation as the Boys & Girls Club in a new building he helped purchase.

Krikorian Notes: From Draconian Covid-19 Vaccination Mandates Violating Constitutional Freedoms Of Those Deciding Not To Take It To The Passing Of The Patriarch Of The Celebrated DiMarzo Clan Don DiMarzo To Big Mike O'Toole's Historic 24-Hour Saloon Trifecta To The Passing Of The Pine Ave. Shoe Shine Fixture James Brown To The Dodgers Destined To Ruin My Beloved Giants' Fairytale Season To Jim Michaelian And The Long Beach Health Department Doing Stellar Work At The Acura Grand Prix Of LB